Lianzhou is a county in northern Guangdong province in China. I never heard of the place until I joined a tour to Huangchuan River Three Gorges with my sister, her husband and a cousin in Hong Kong in January 2016.

The Lianzhou Underground River part of the tour turned out to be the star of the show! The guided  tour (in Puotonghua and Cantonese) also included a boat trip on the underground river.

The cave was high and wide and I did not feel claustrophobic at all! As it was the beginning of January there were not a lot of people. It was also probably because this was not a well known destination outside the province, unlike The Reed Flute Cave in Guilin.

With few people around I was able to take my time to marvel at the magical lighting that made a cave (and I have been to a few around China and Europe) come alive to someone like me who only had a passing interest in the geological wonder. To me it was nature and artificial lighting in perfect harmony!! 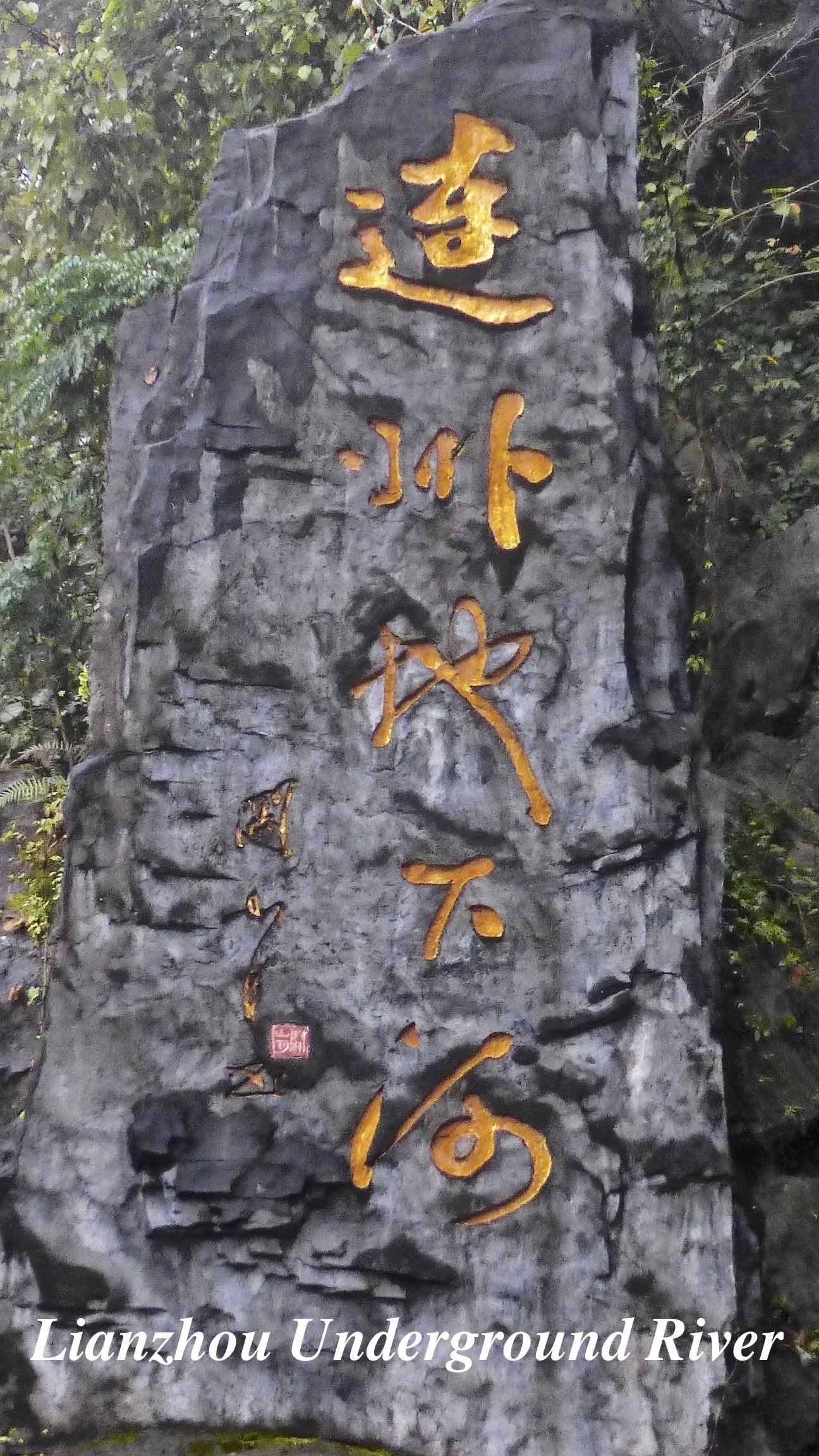 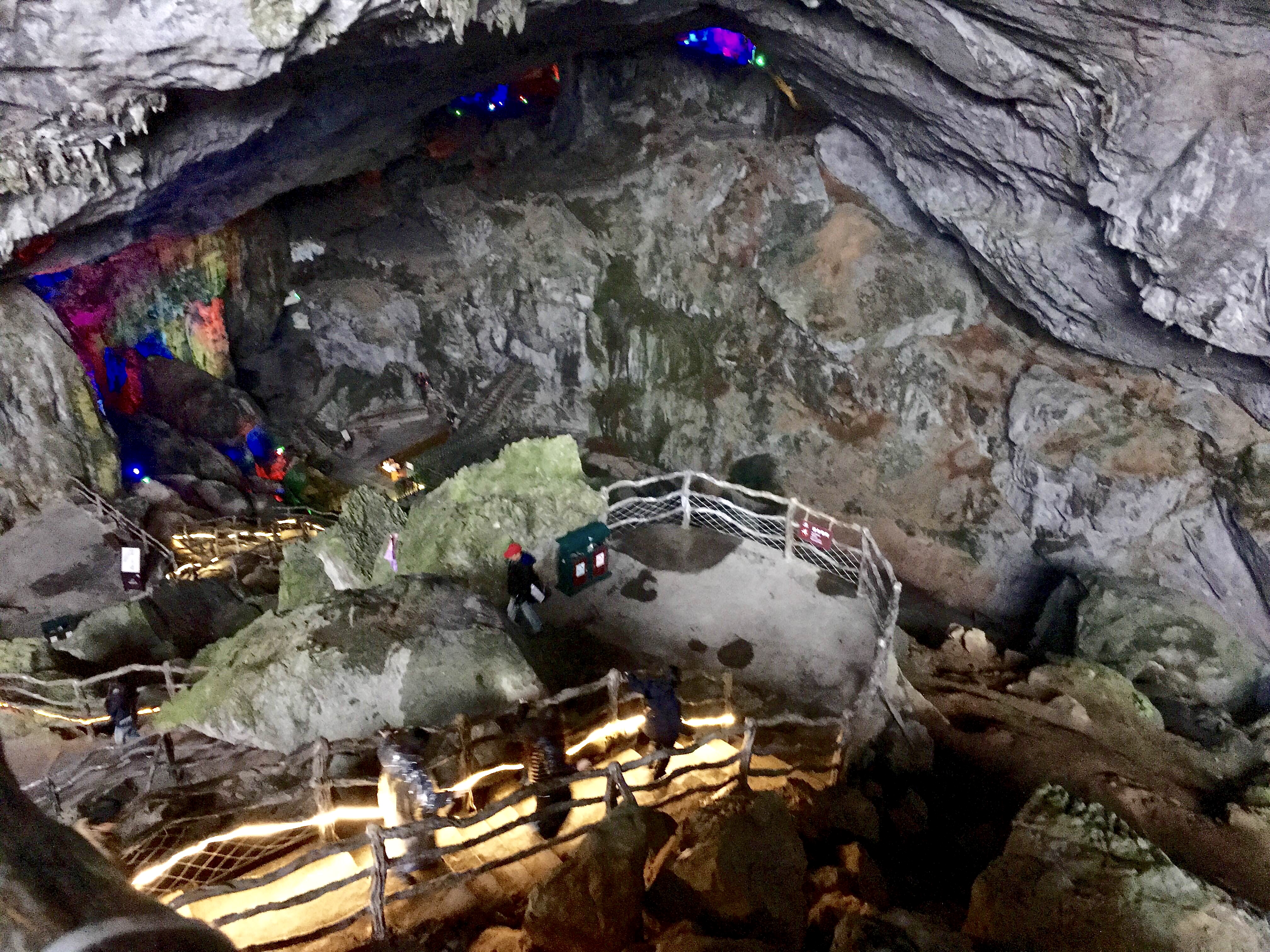 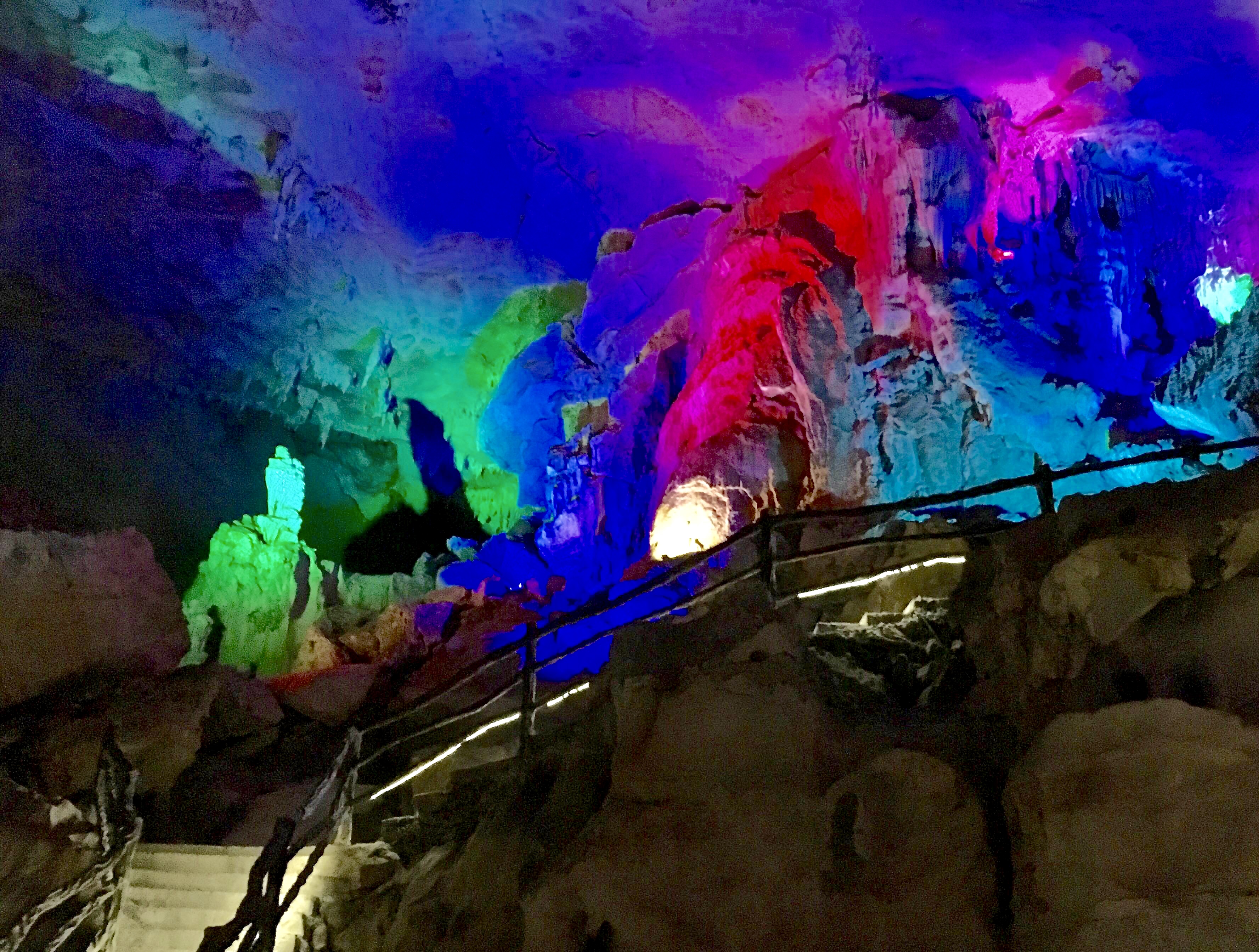 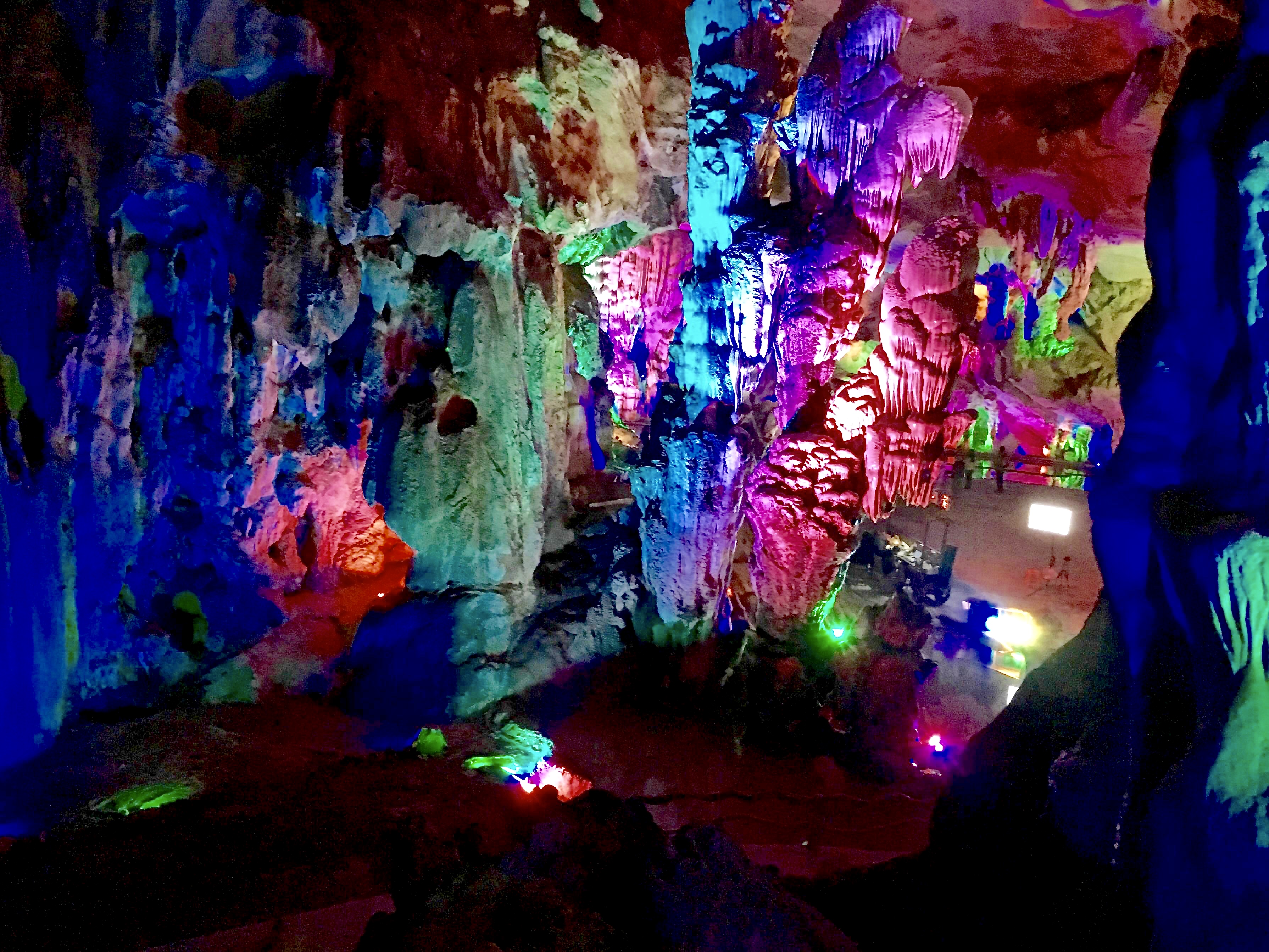 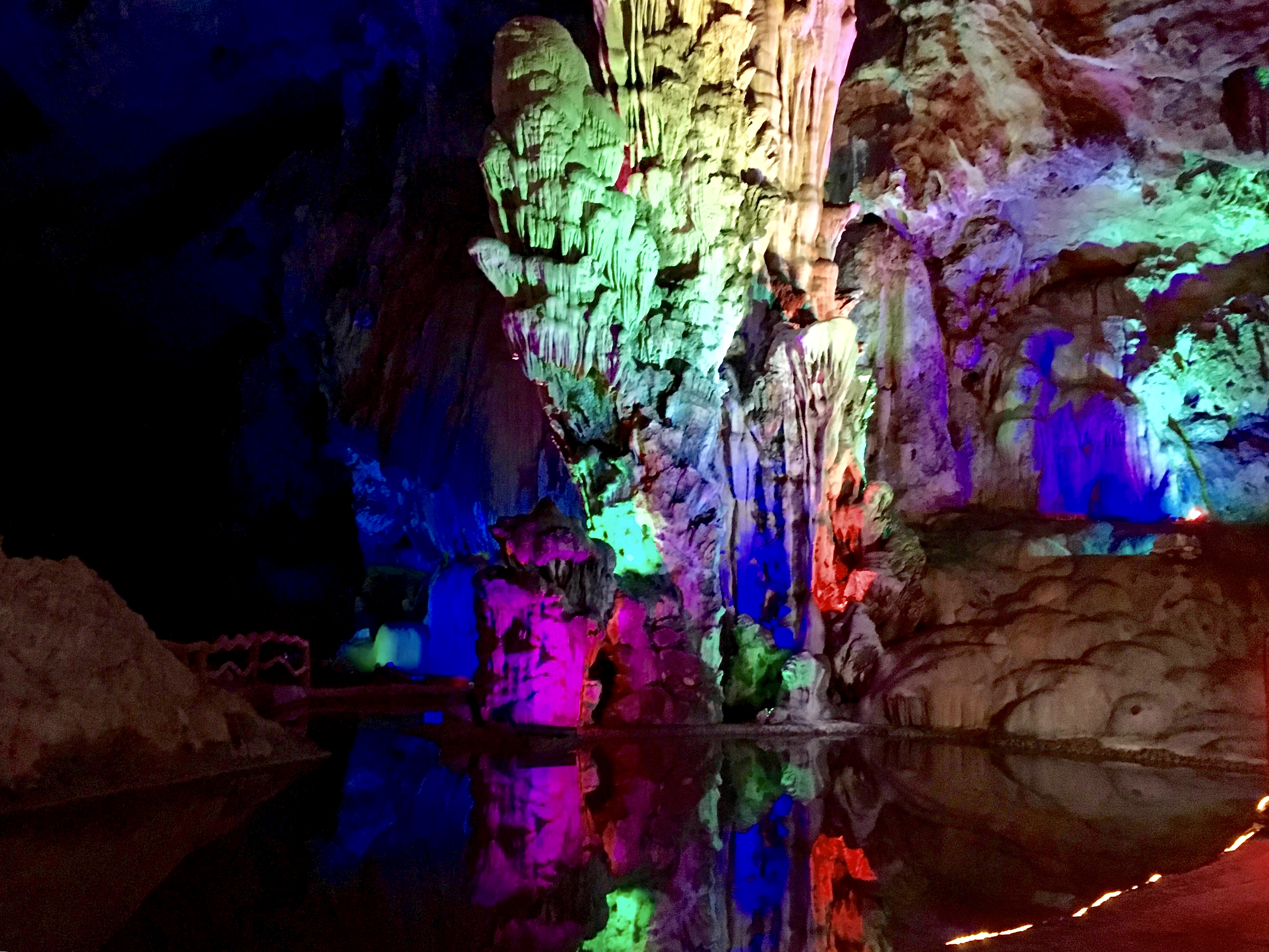 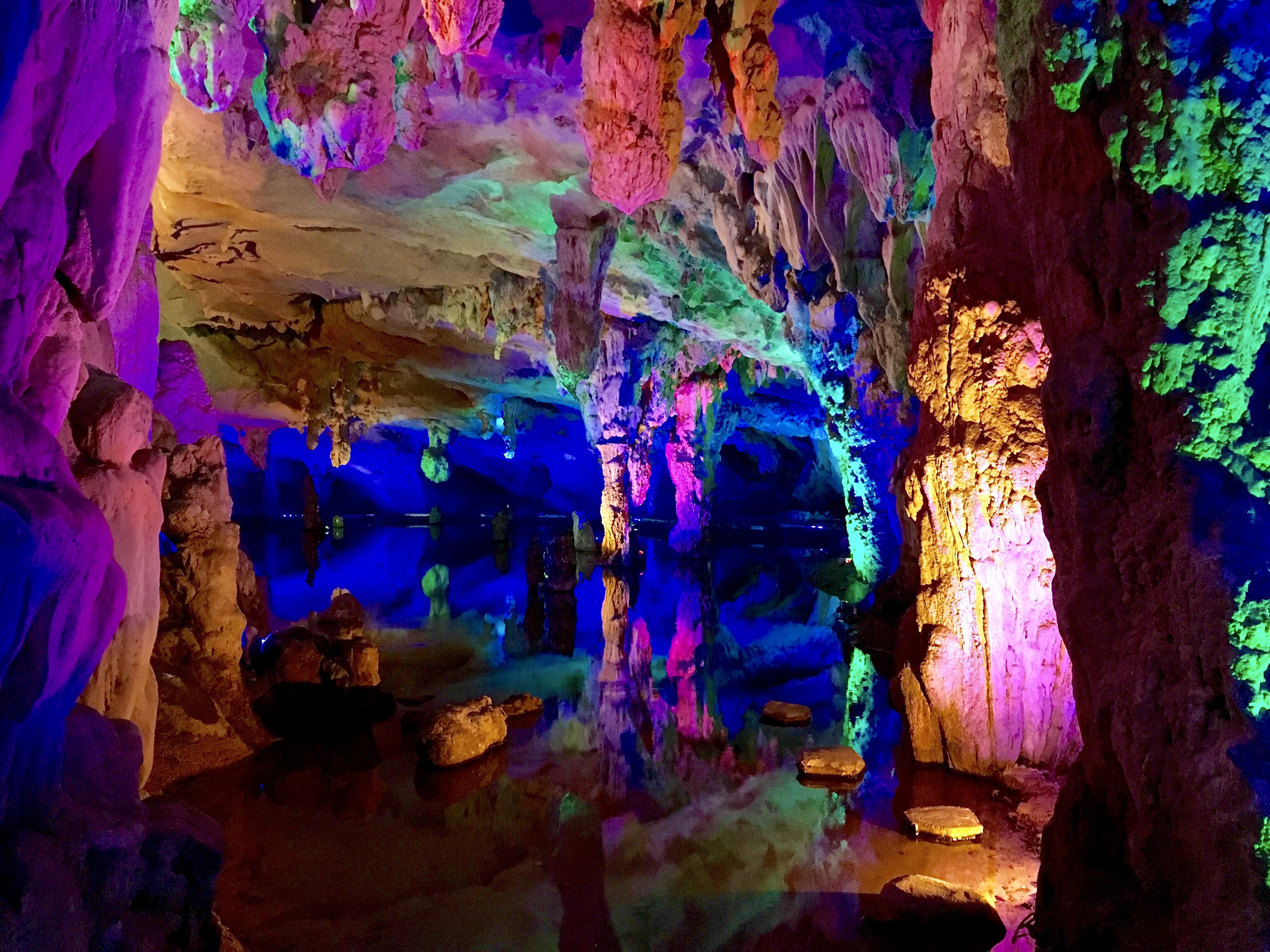 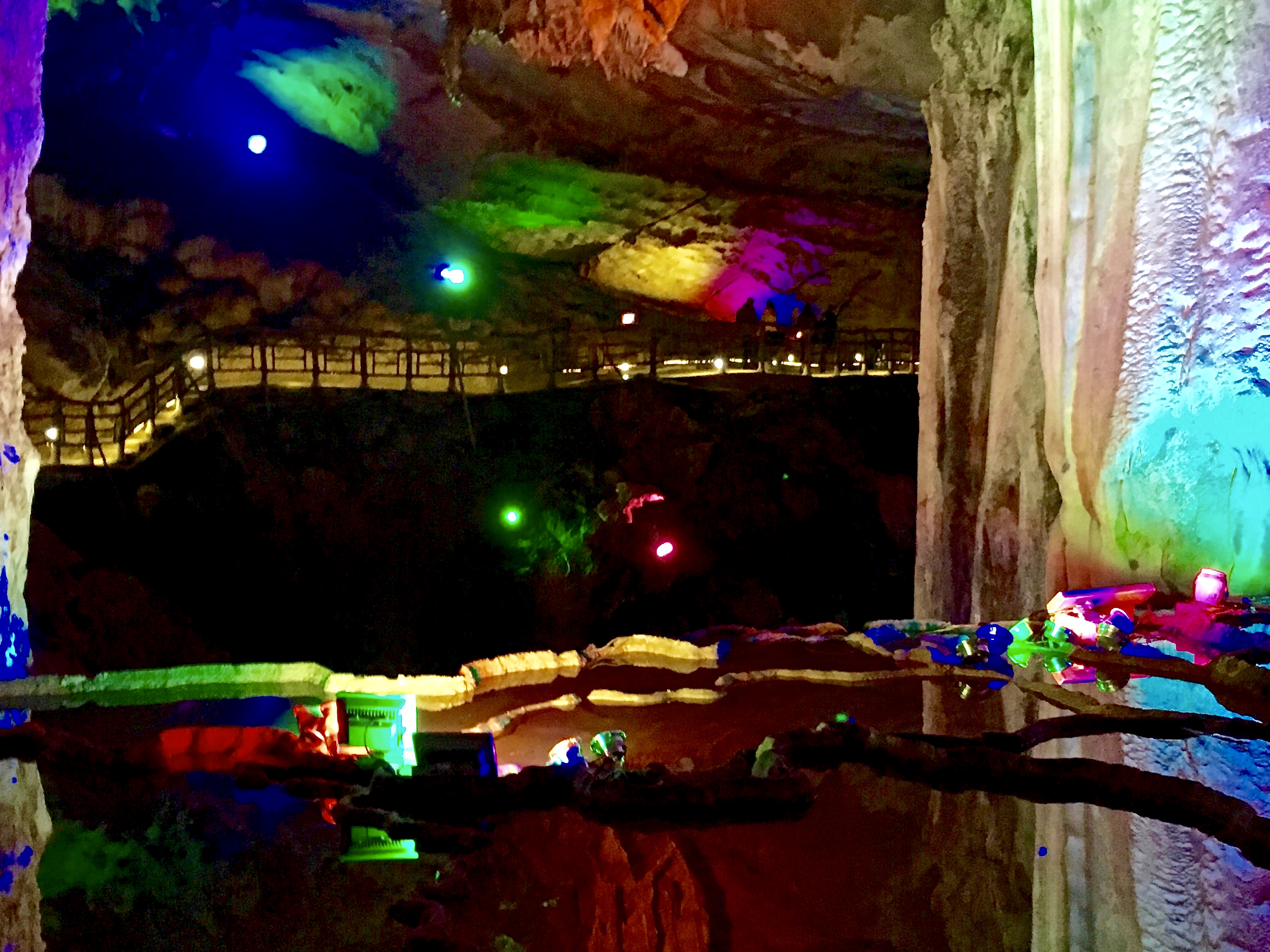 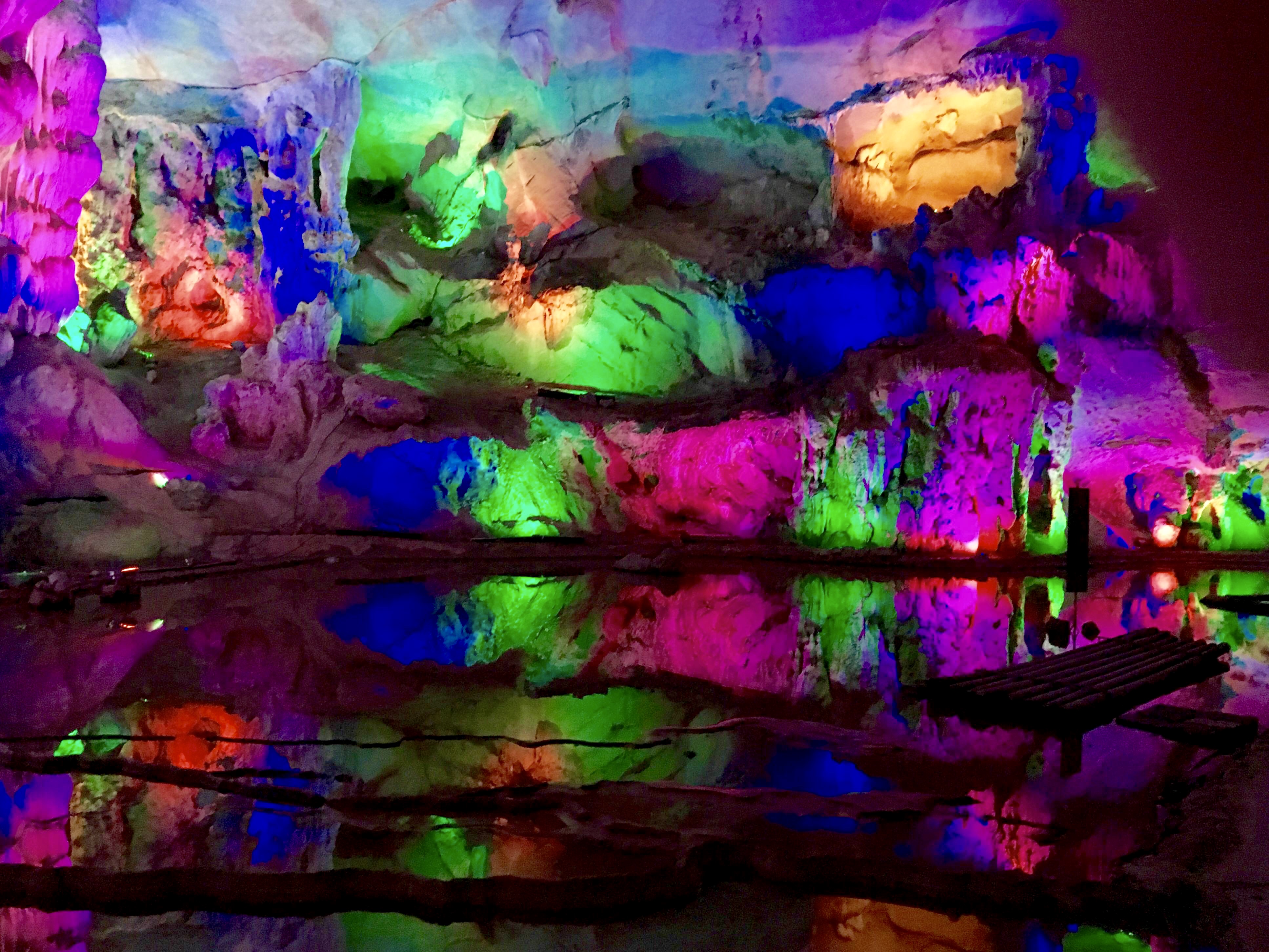 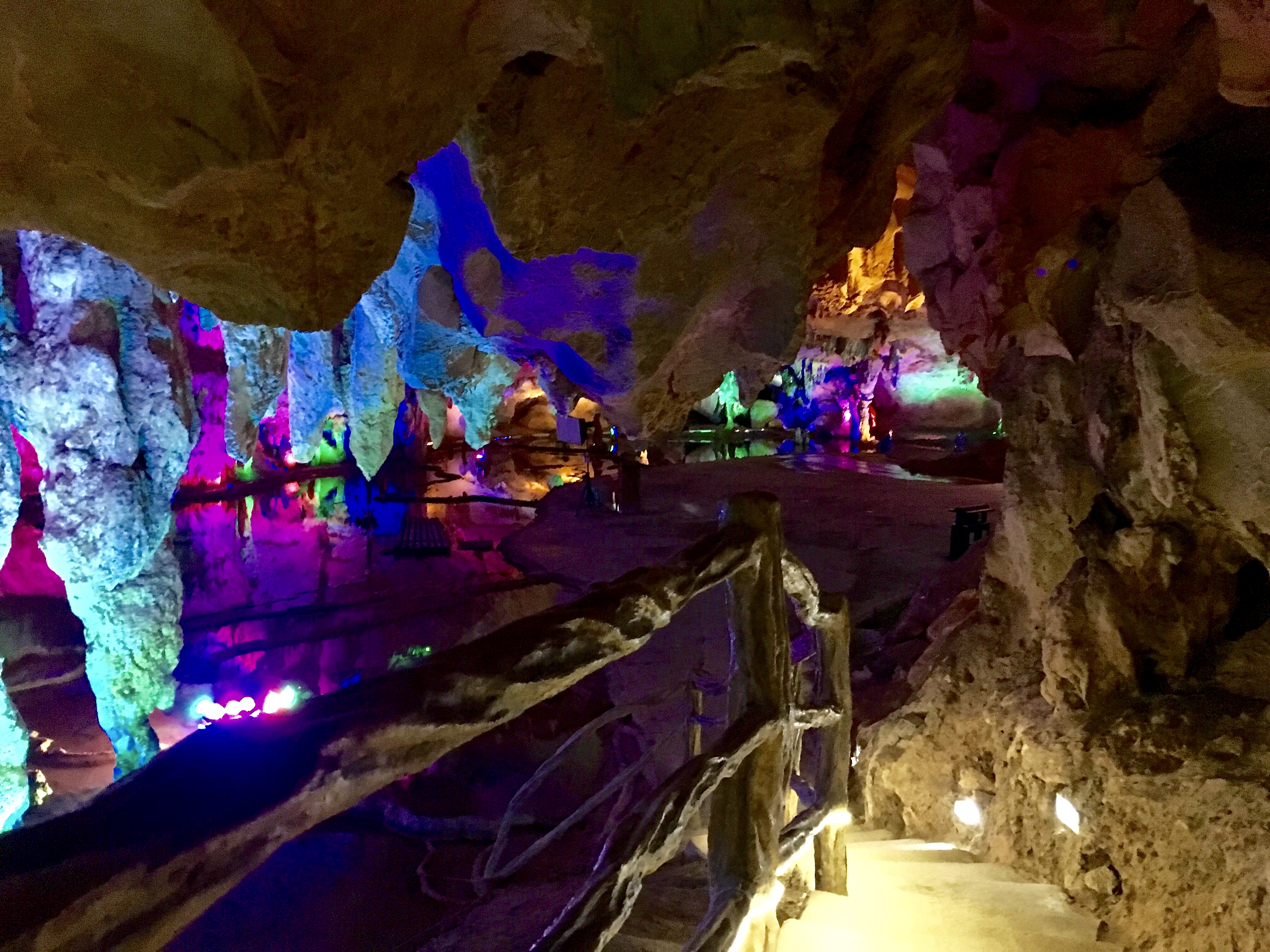 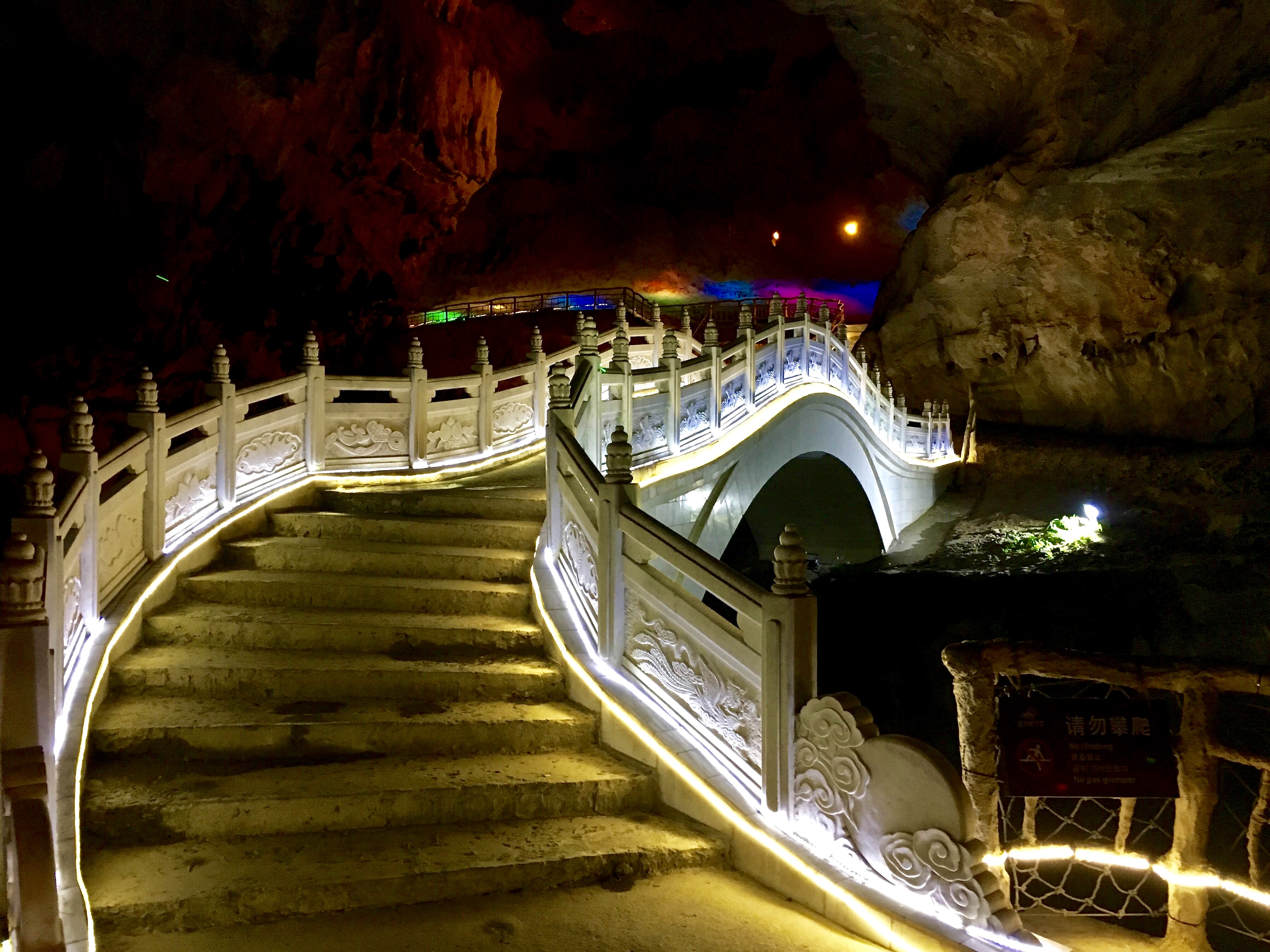 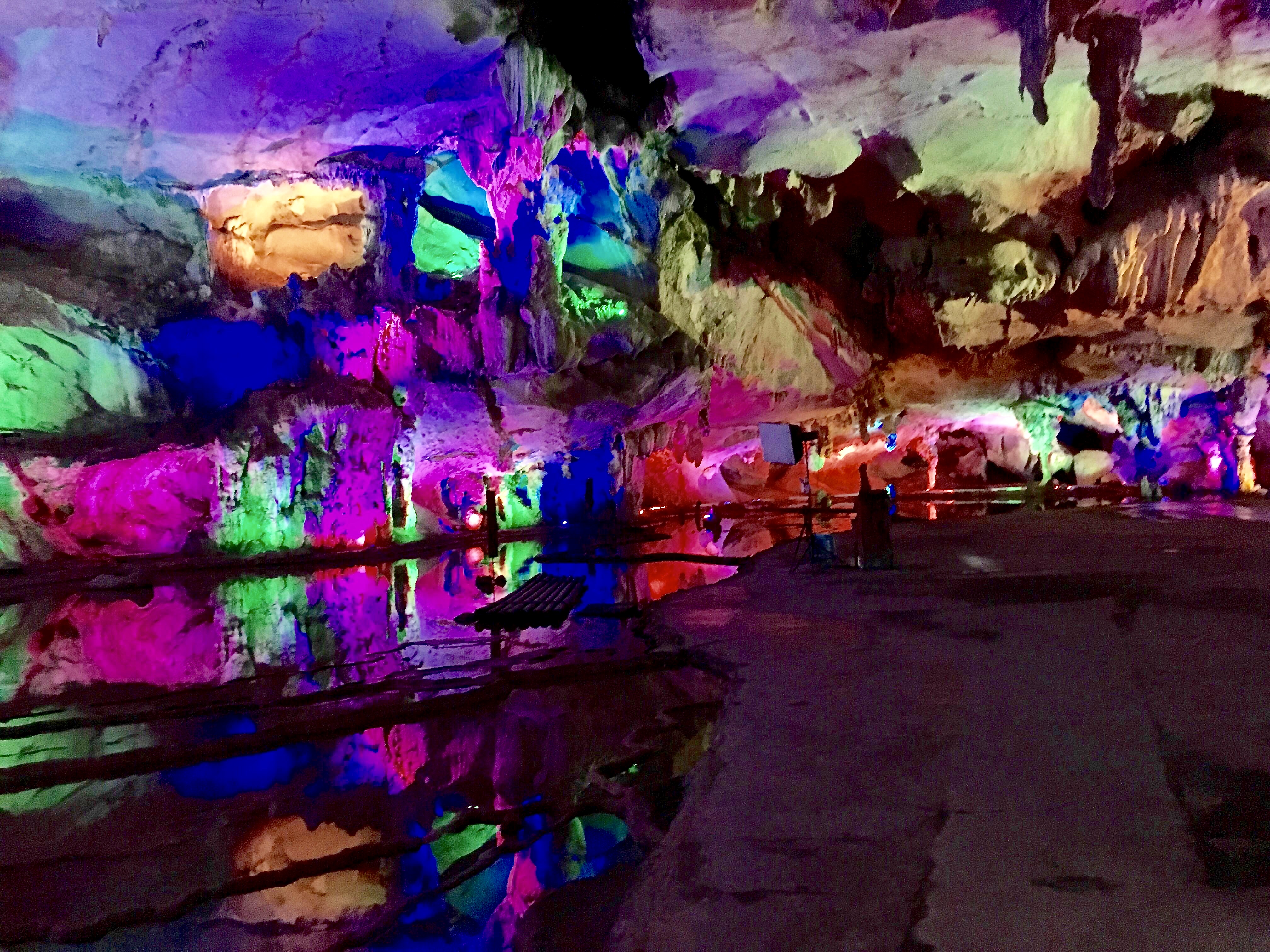 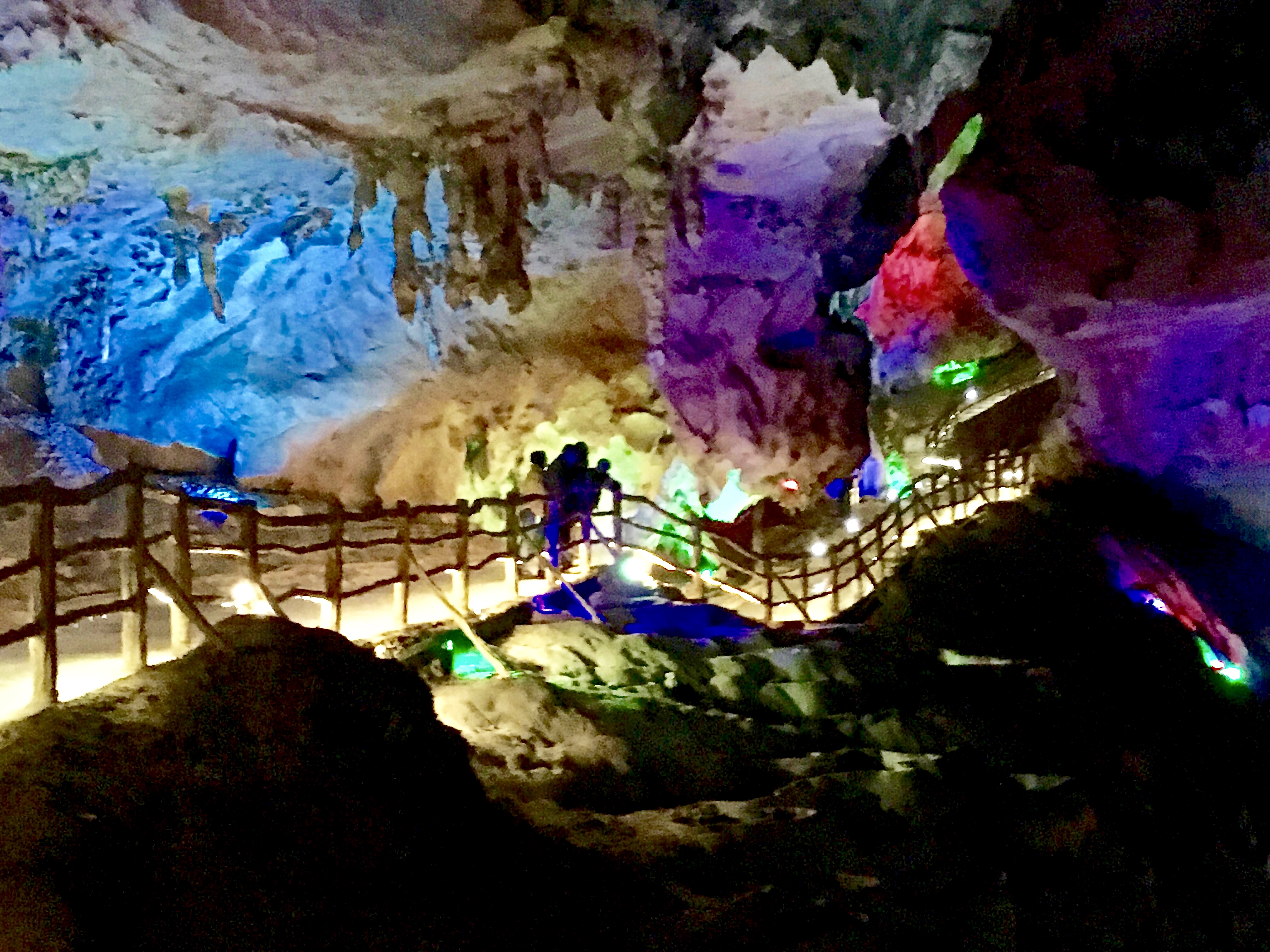 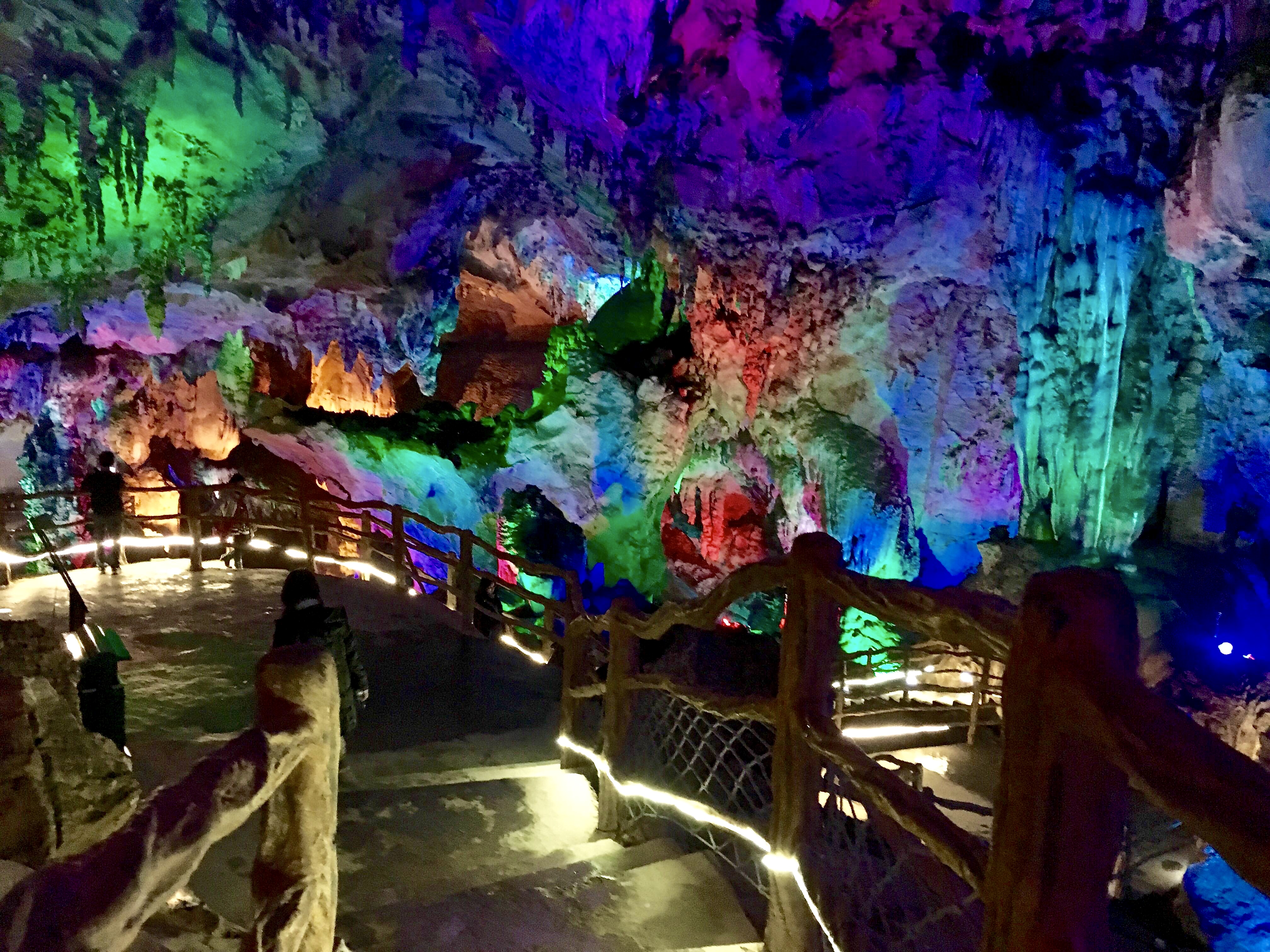 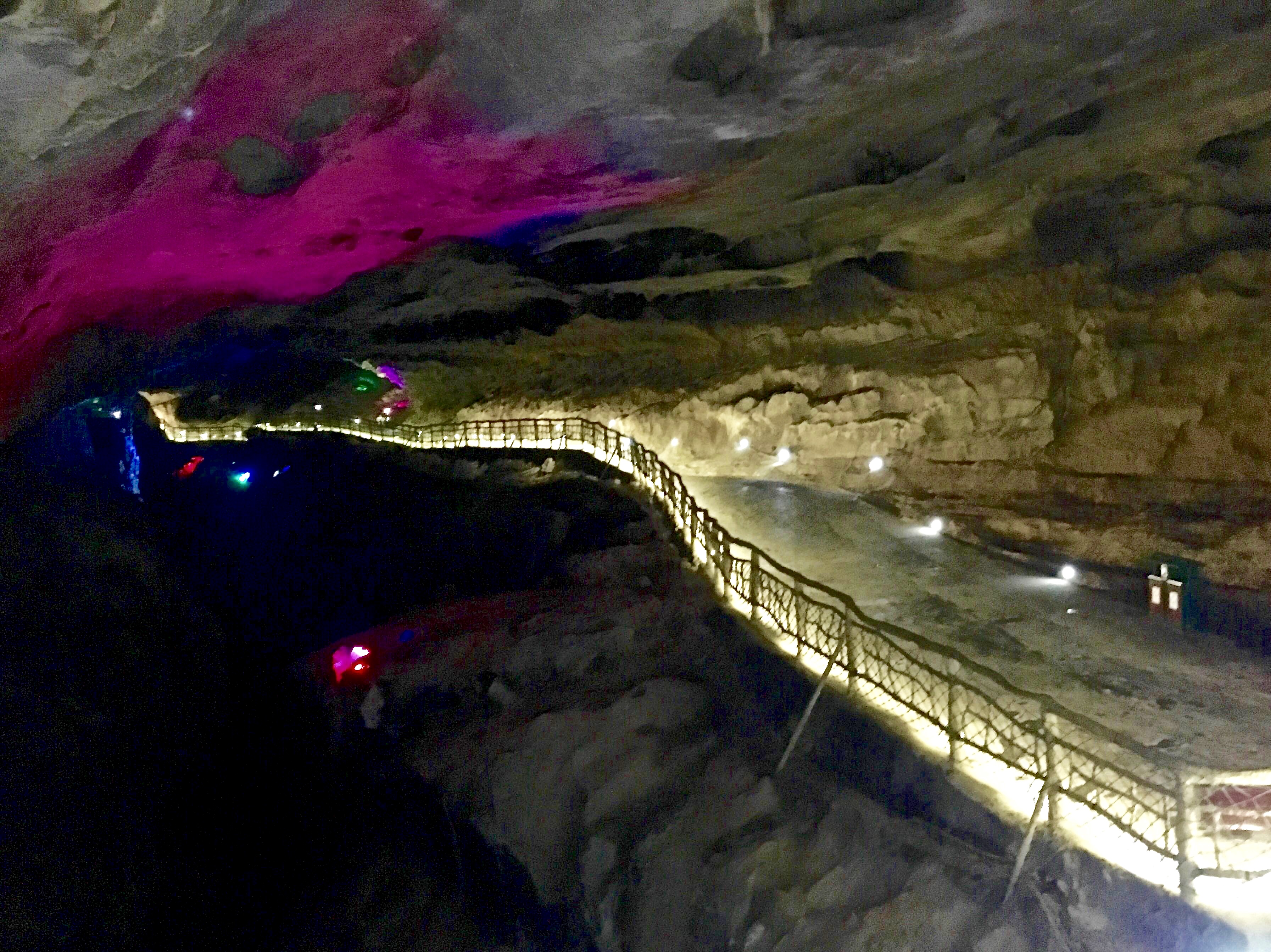 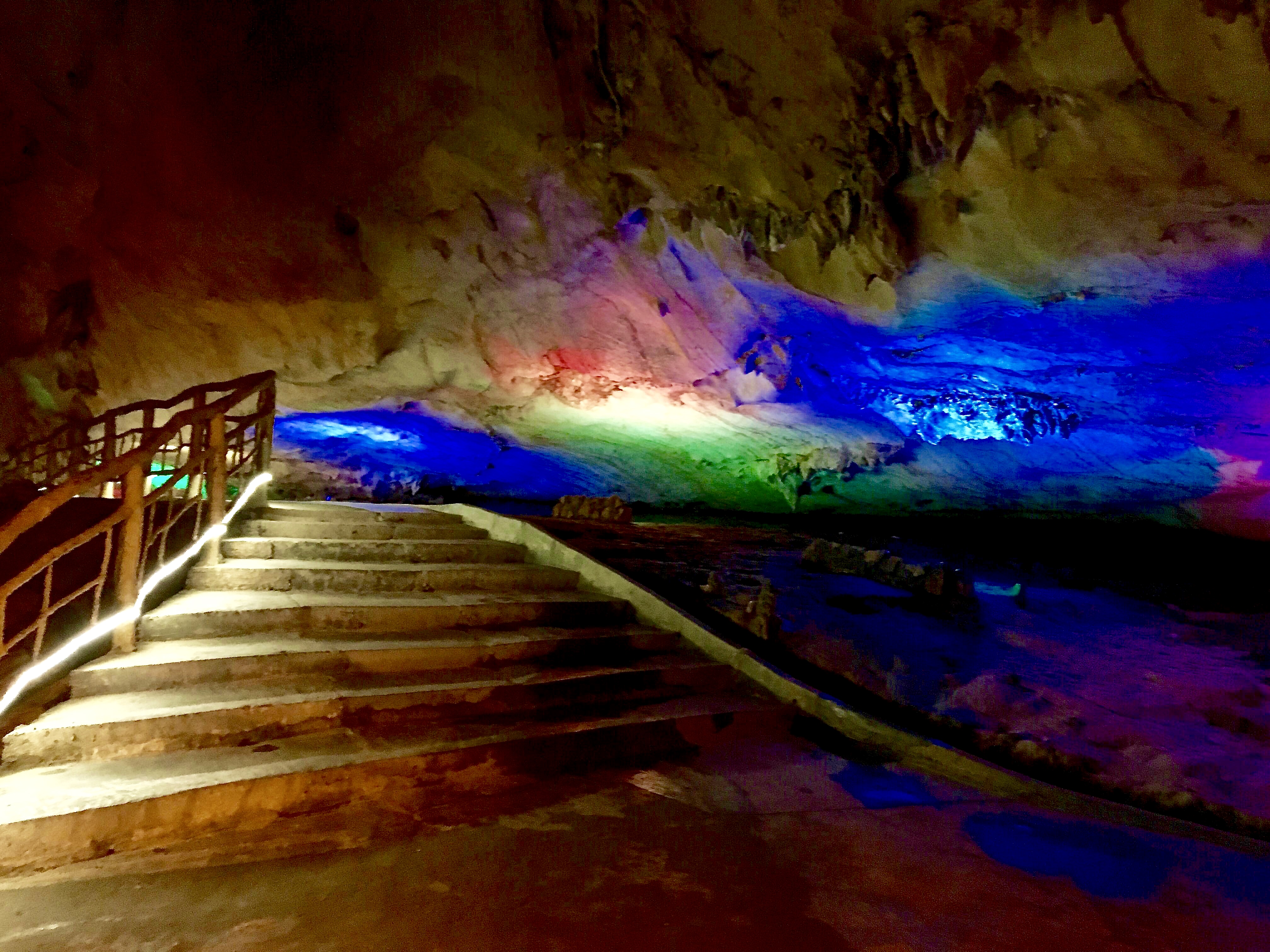 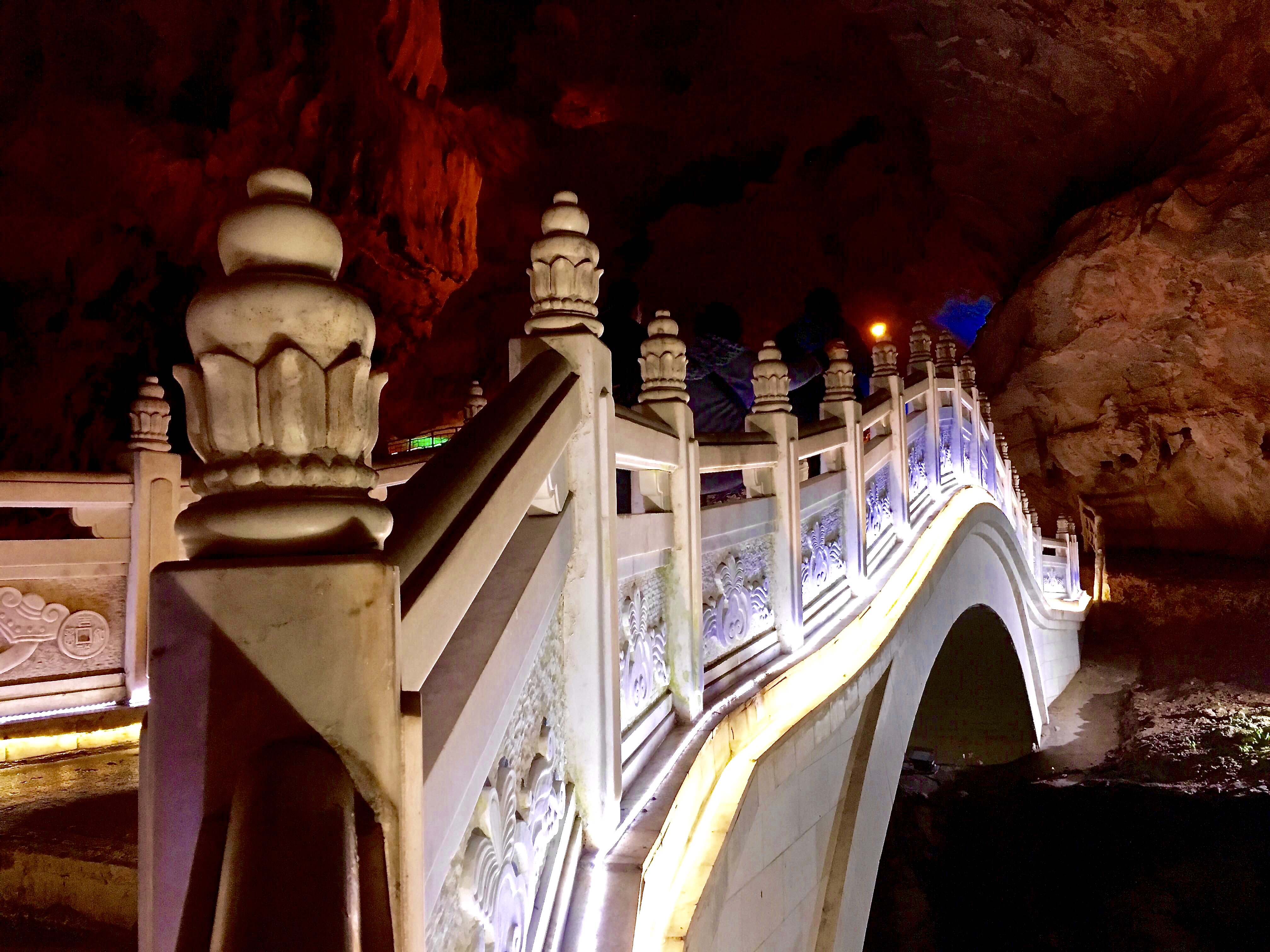 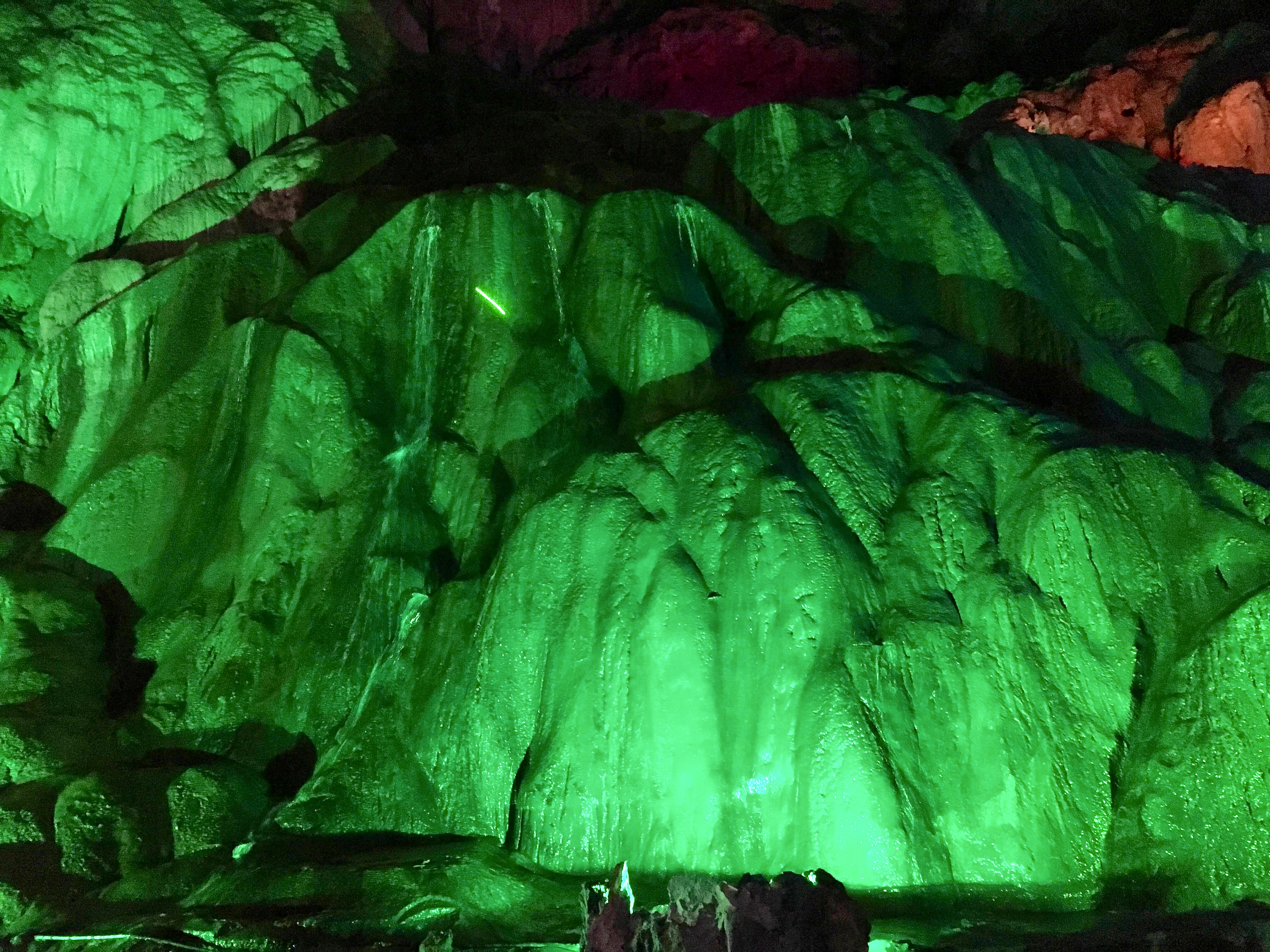 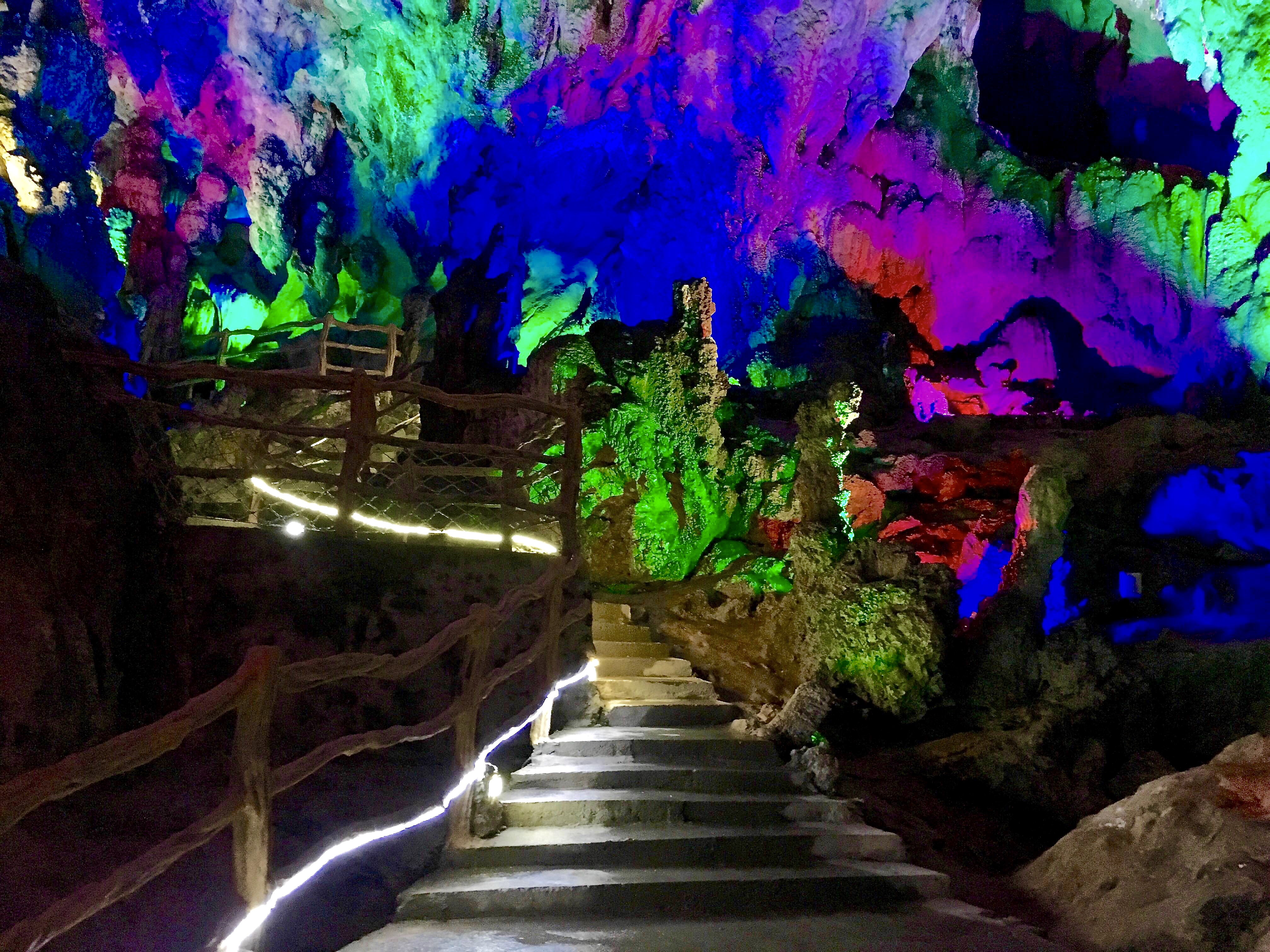 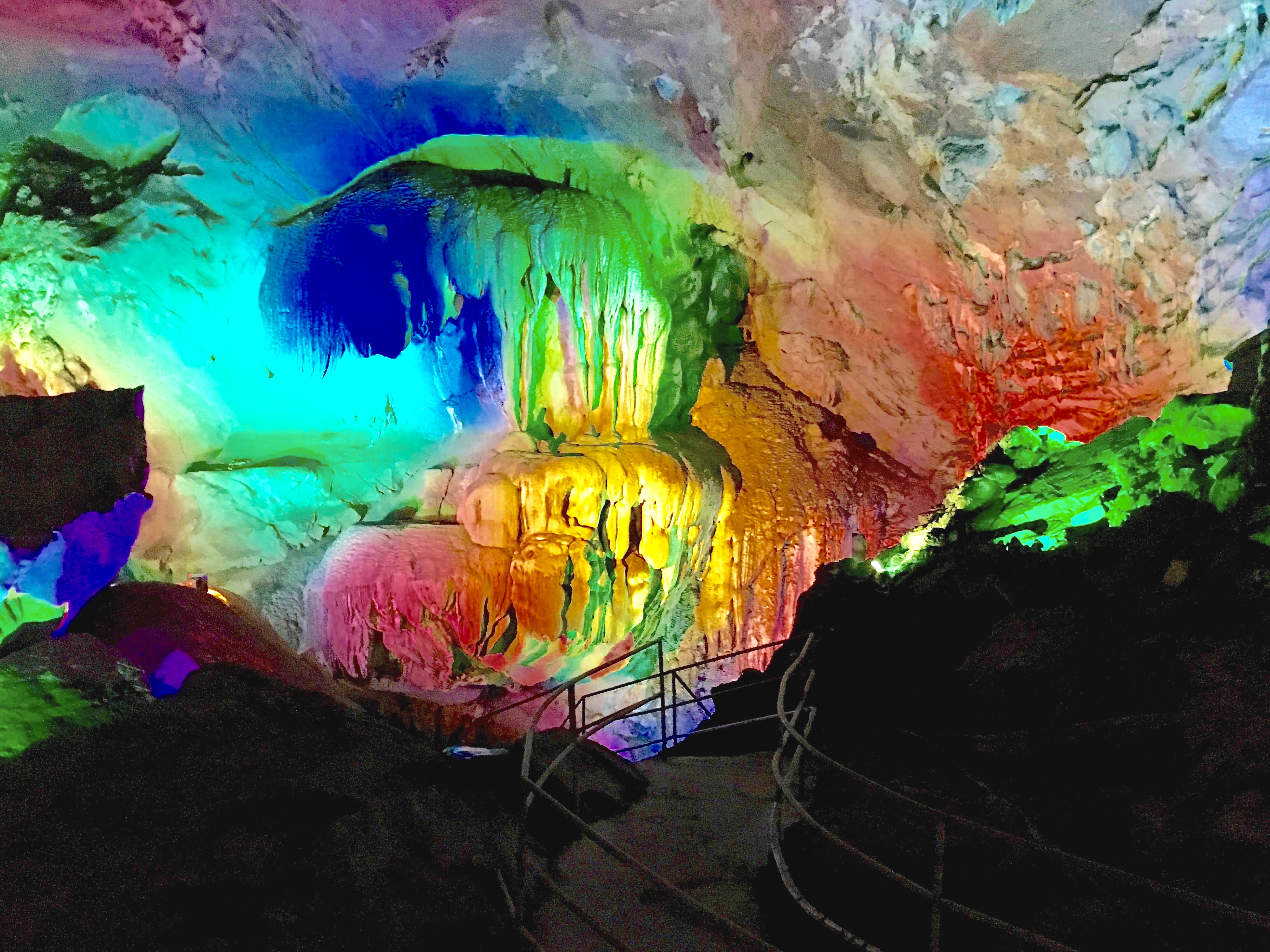 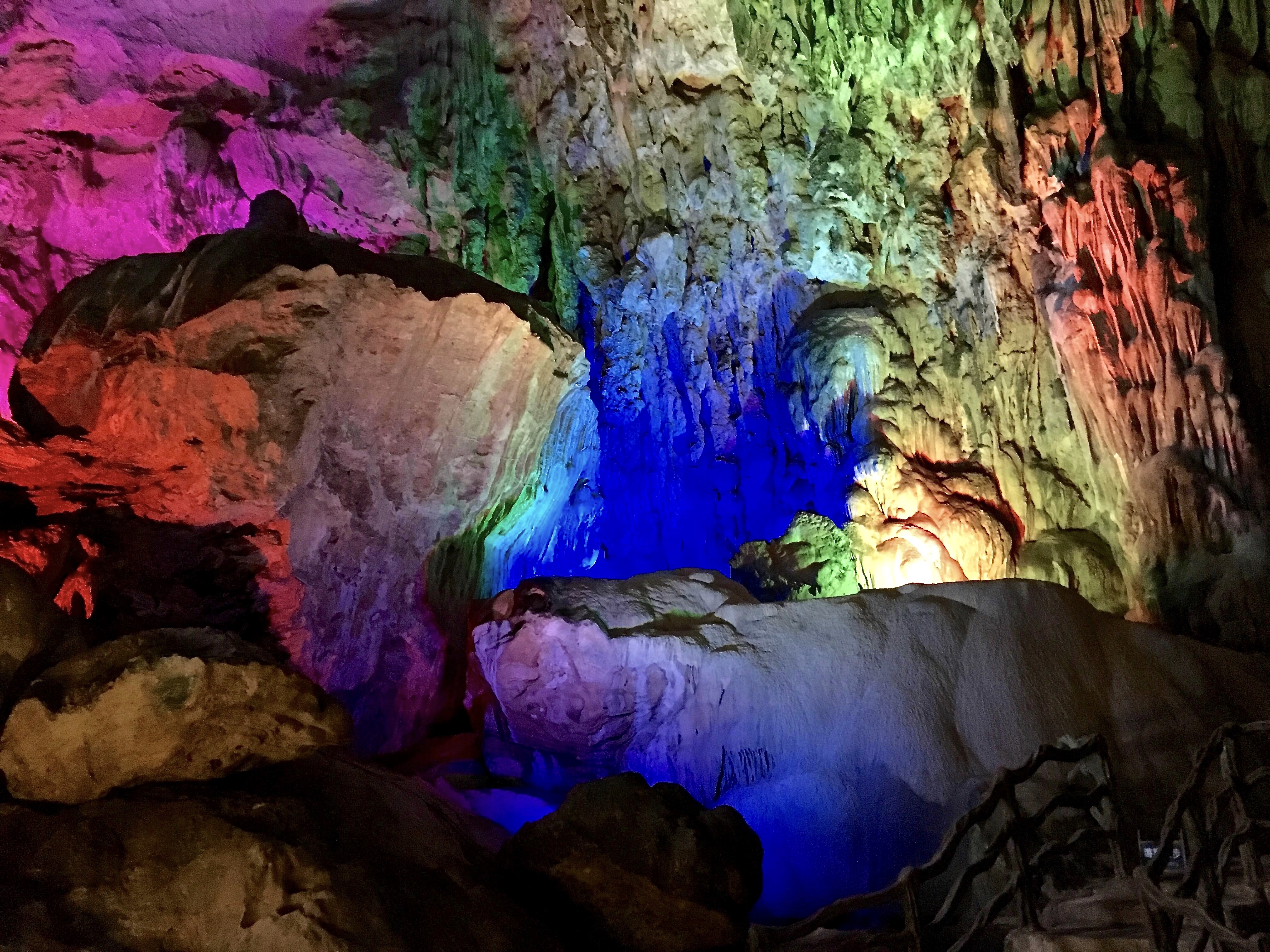 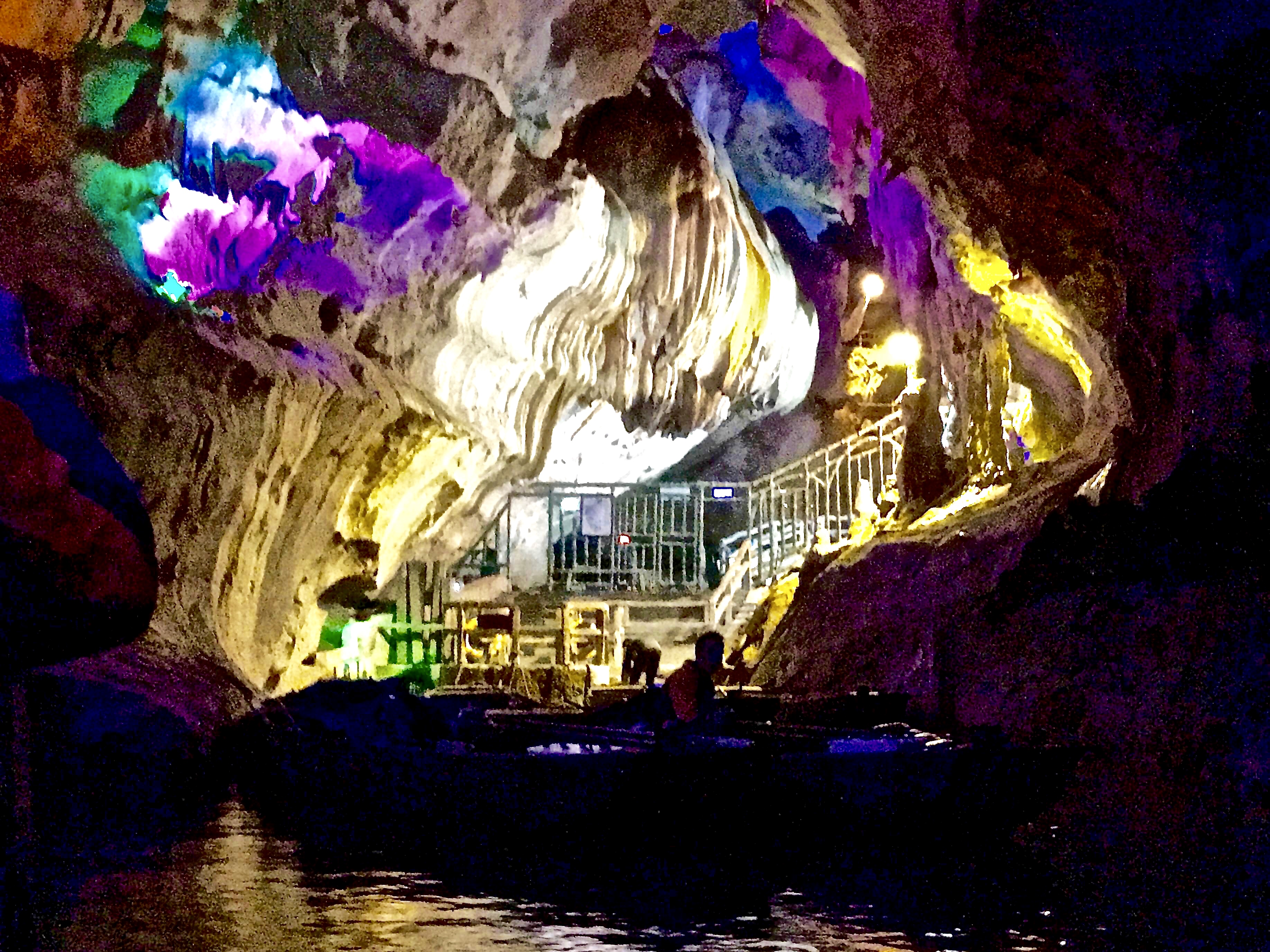 As for the Huangchuan River Three Gorges cruise, it was a very pleasant boat trip. I would have enjoyed it more  had I not been spoiled by the more spectacular Yangtze gorges or River Li between Guilin and Yangshuo.

Still the waterway was less hectic and it was not as cold and windy on a January day!! 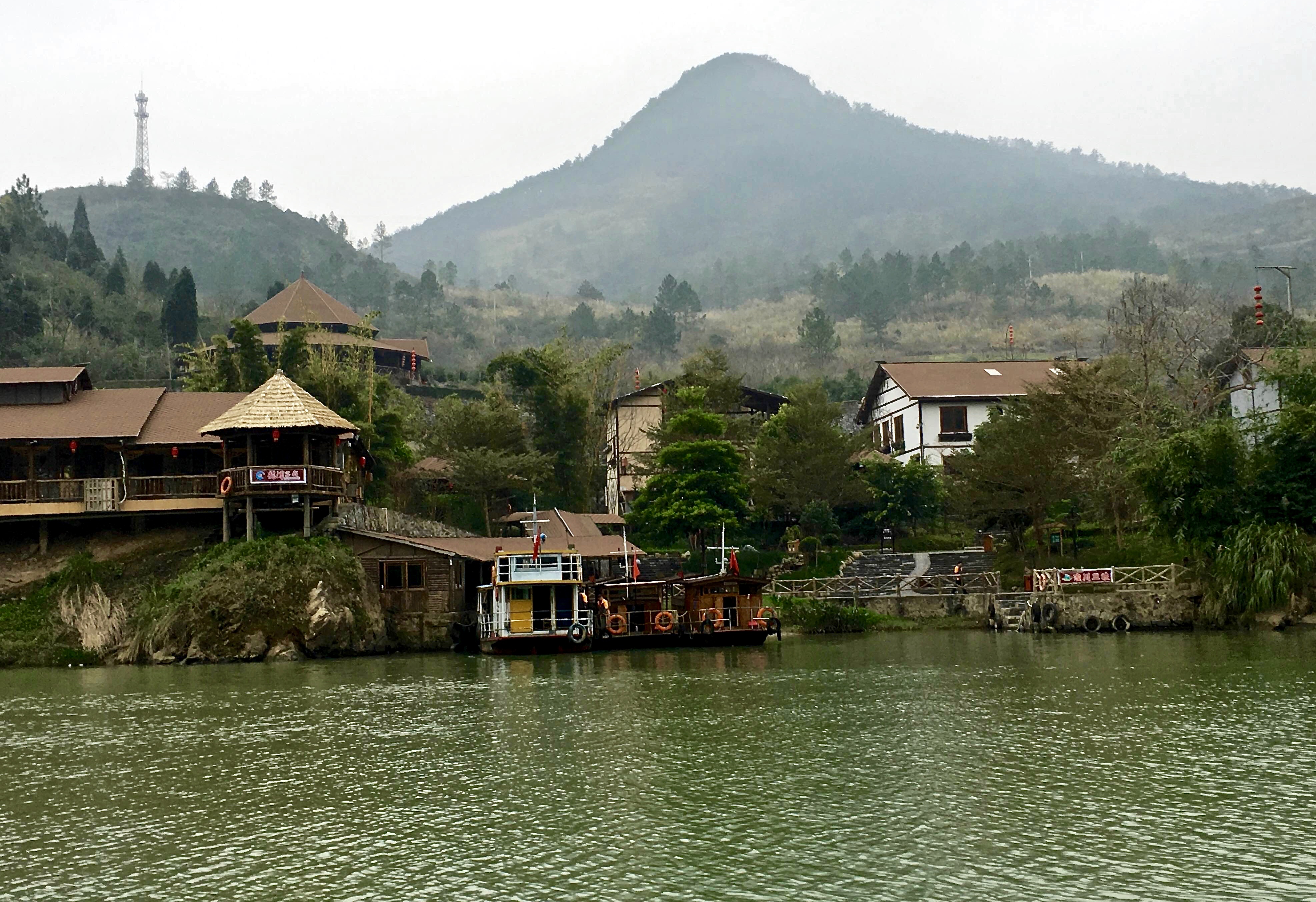 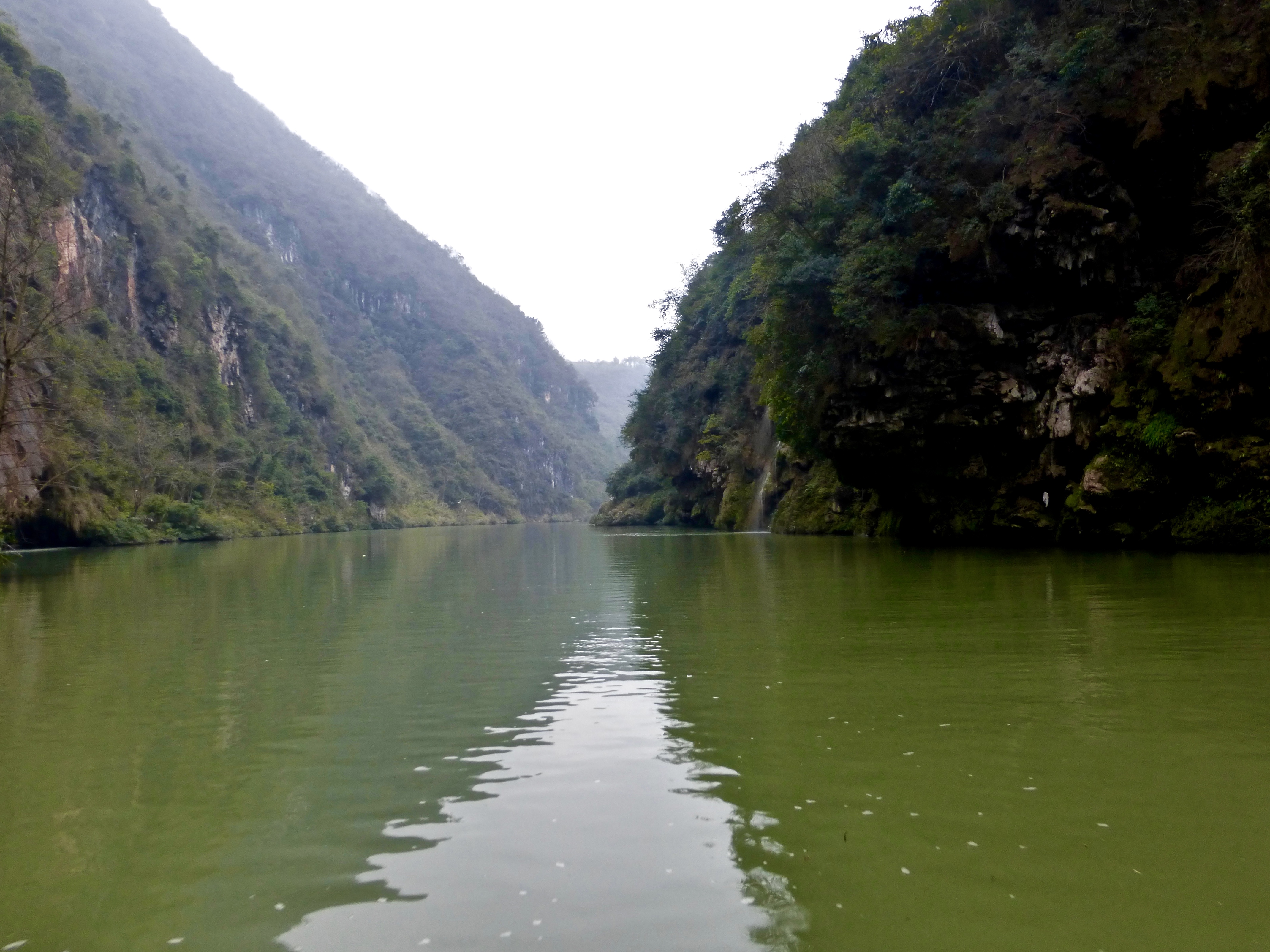 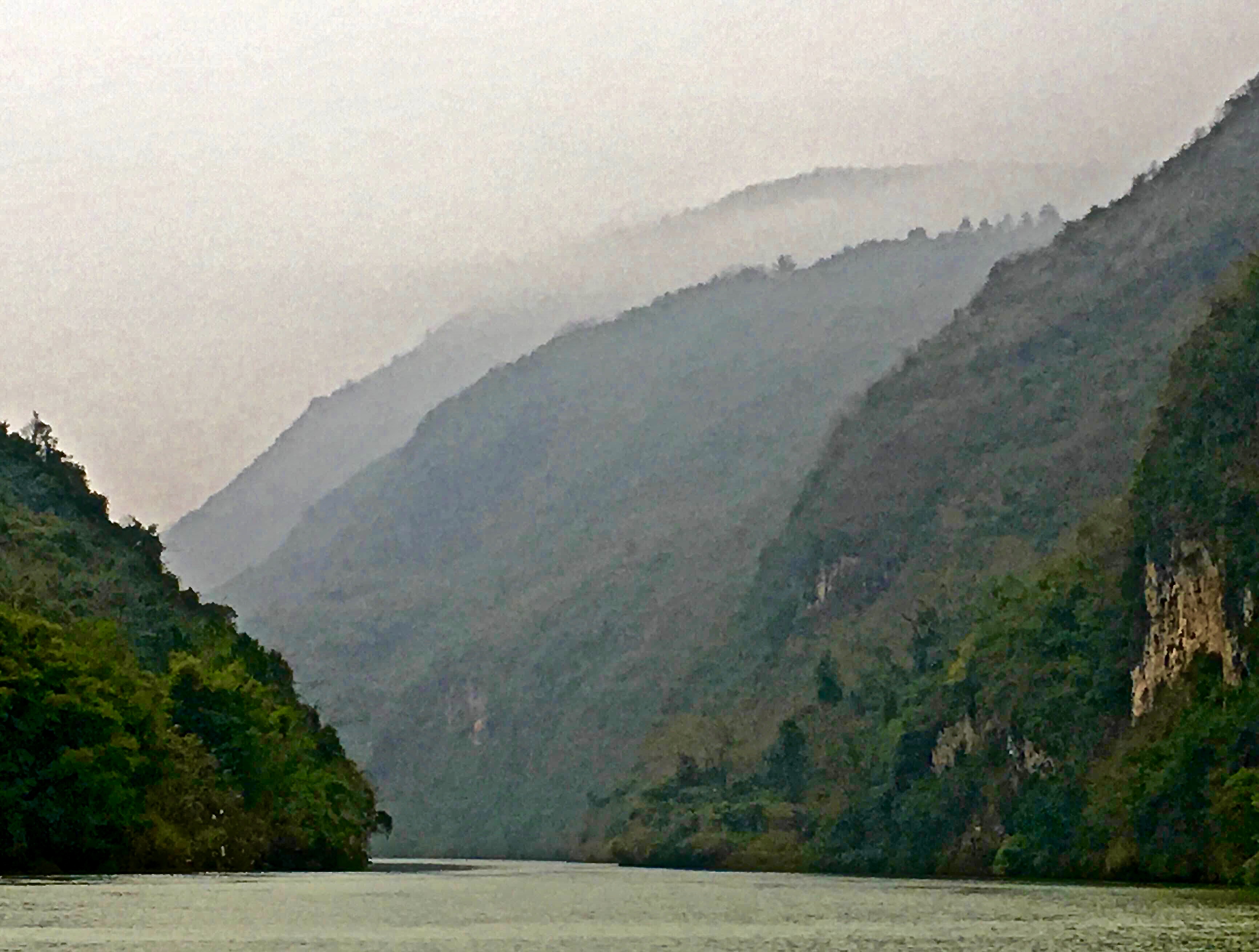 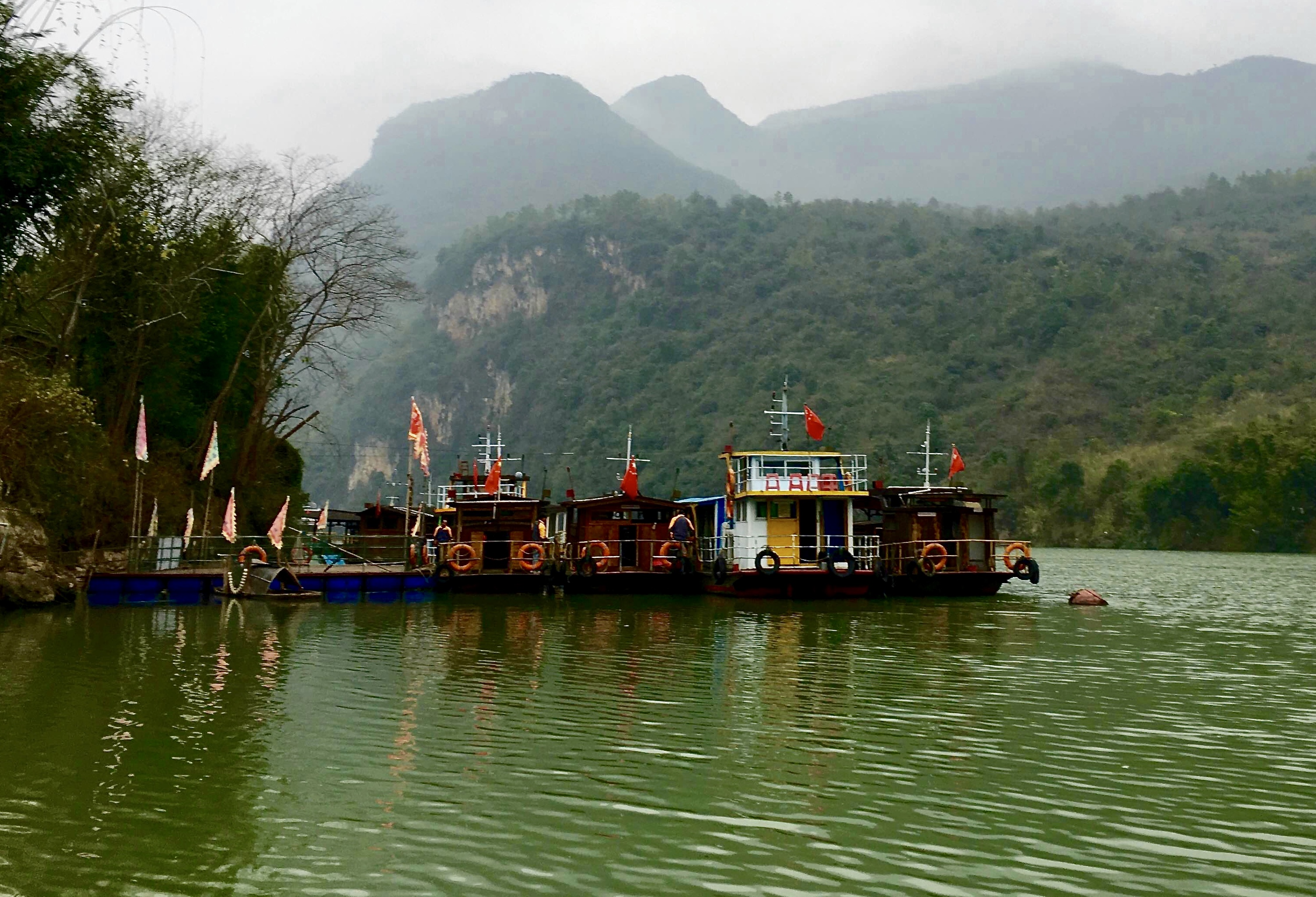 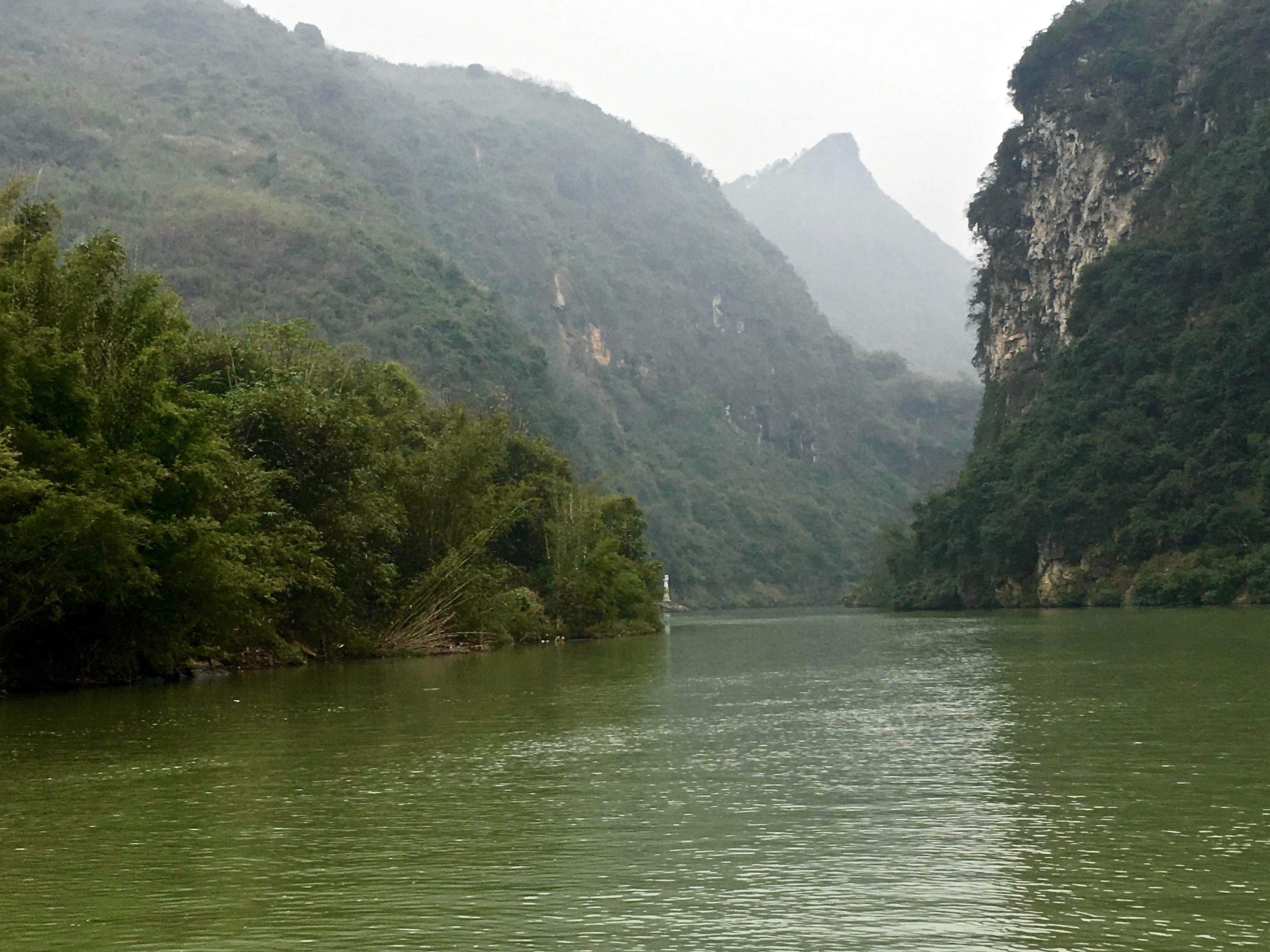 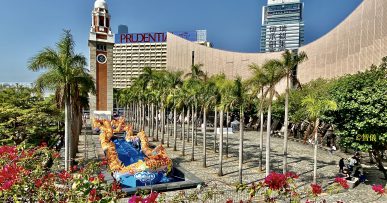 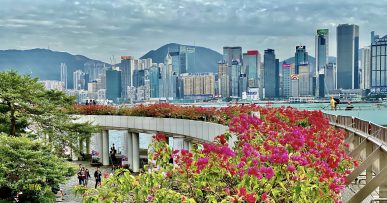