Padova is the home to the second oldest university in Italy (after Bologna). This university city is a charming and vibrant. Its historic centre are full of arcaded streets and stylish buildings!

A perfect day trip from Venice

When my partner and I accompanied my brother and his fiancée to Venice for a short trip in the last week of September 2018, I only intended to show them around Venice and Burano where we had revisited only back in April.

As our flight back to England was late in the evening I suggested that we take a day trip to Padova. It turned out to be an inspired idea!

From our hotel next to Quarto D’Altino Station the train journey took about 75 minutes including changing train at Mestre. The return trip on regional trains cost €10 per person.

When I was in Padova one cold grey day in late October 2000 (also from Venice) I only got as far as Cappella degli Scrovegni (Scrovegni Chapel) and did not stay long. This time round we got the 8.54 train and arrived at Padova at 10.15. This gave us the best part of the day to explore the city.

It was a conscious decision to go to Prato delła Valle first and to take in other sights on the way back. From the station it was an easy though rather tedious 30-minute walk along the tram line.

Once the canal, the statues and the bridges of Prato della Valle were in sight, my feet took wings and tiredness dissipated. The photos speak for itself!! 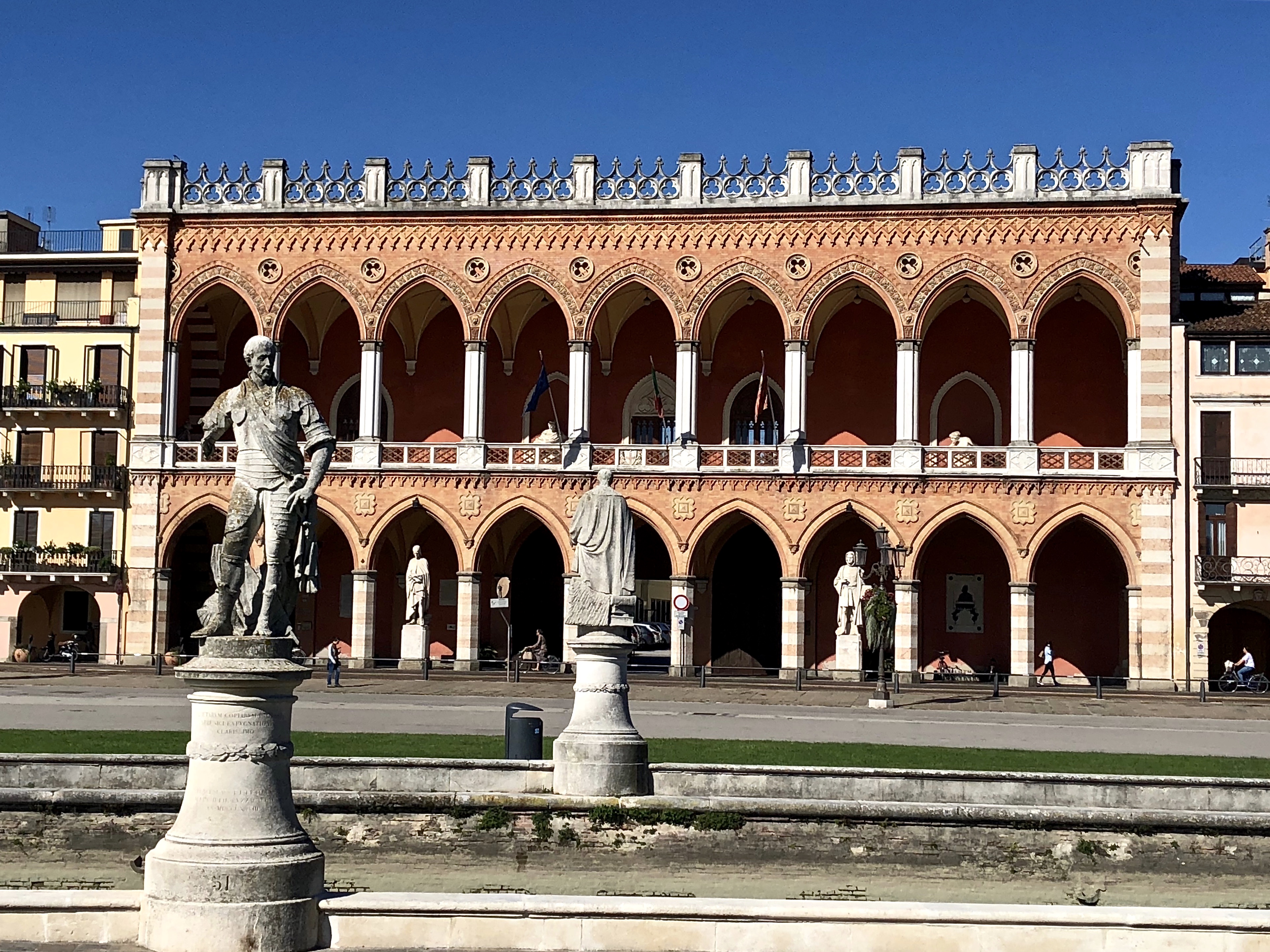 I am a squeamish person who hates anything to do with blood and operations. However I was intrigued by photos of the Anatomical Theatre at Palazzo del Bo, historic home of Padova University – founded in 1222. The theatre itself is the first and oldest surviving anatomical theatre. 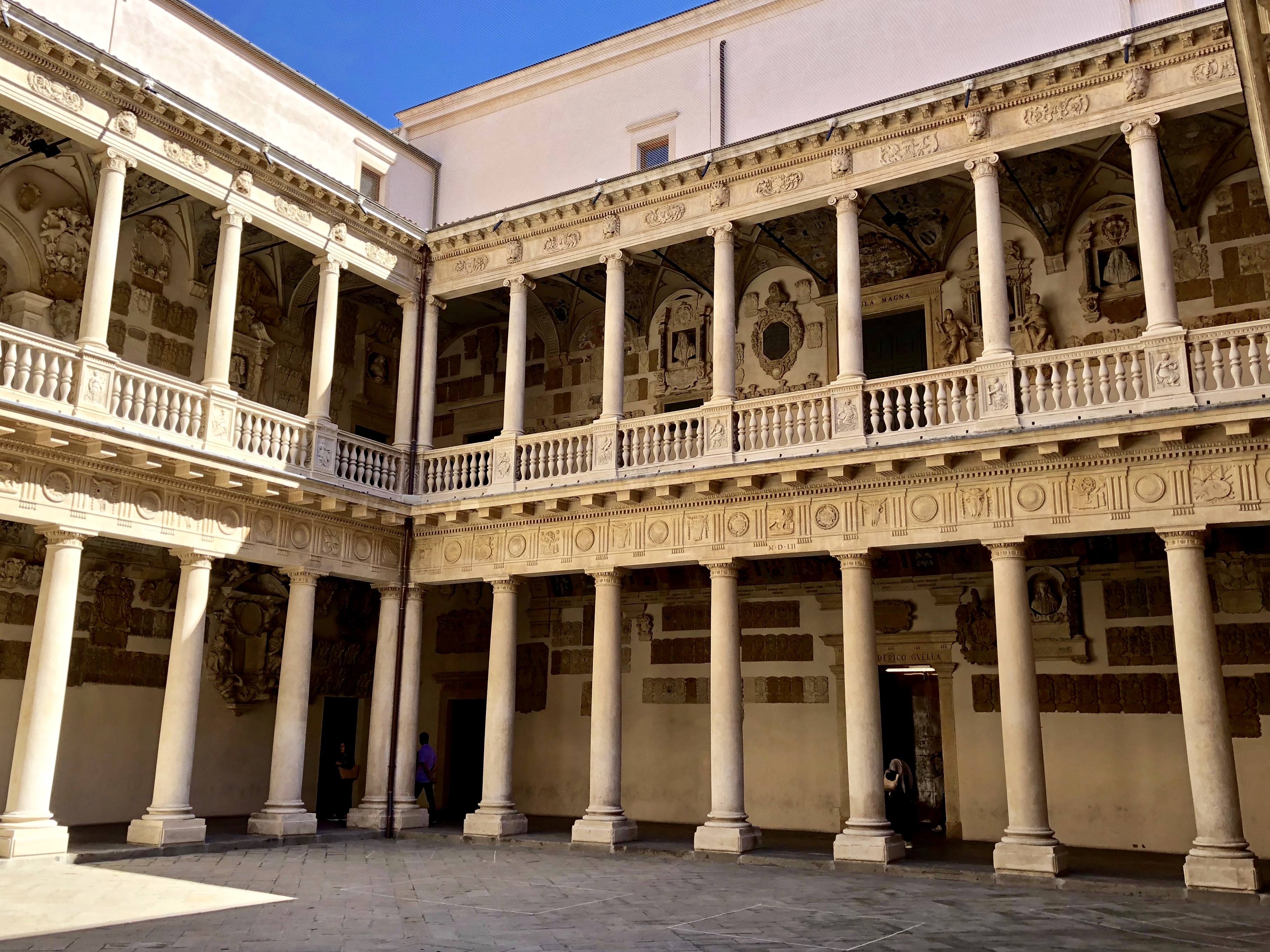 For me the Anatomical Theatre was the highlight of the tour.

However with a tinge of disappointment, I noted that the often-seen images of the model of Anatomical Theatre turned out to be rather misleading.

In reality the theatre is much smaller than the model suggests and is very claustrophobic.

The photo on the left below was taken at the base, which is just big enough for the dissection table (as seen on the photo of the model on the right). Without the table now, only 6 visitors could get into that space at one time!

Nevertheless the tour was a fascinating experience. It made a change from viewing the interior of churches! 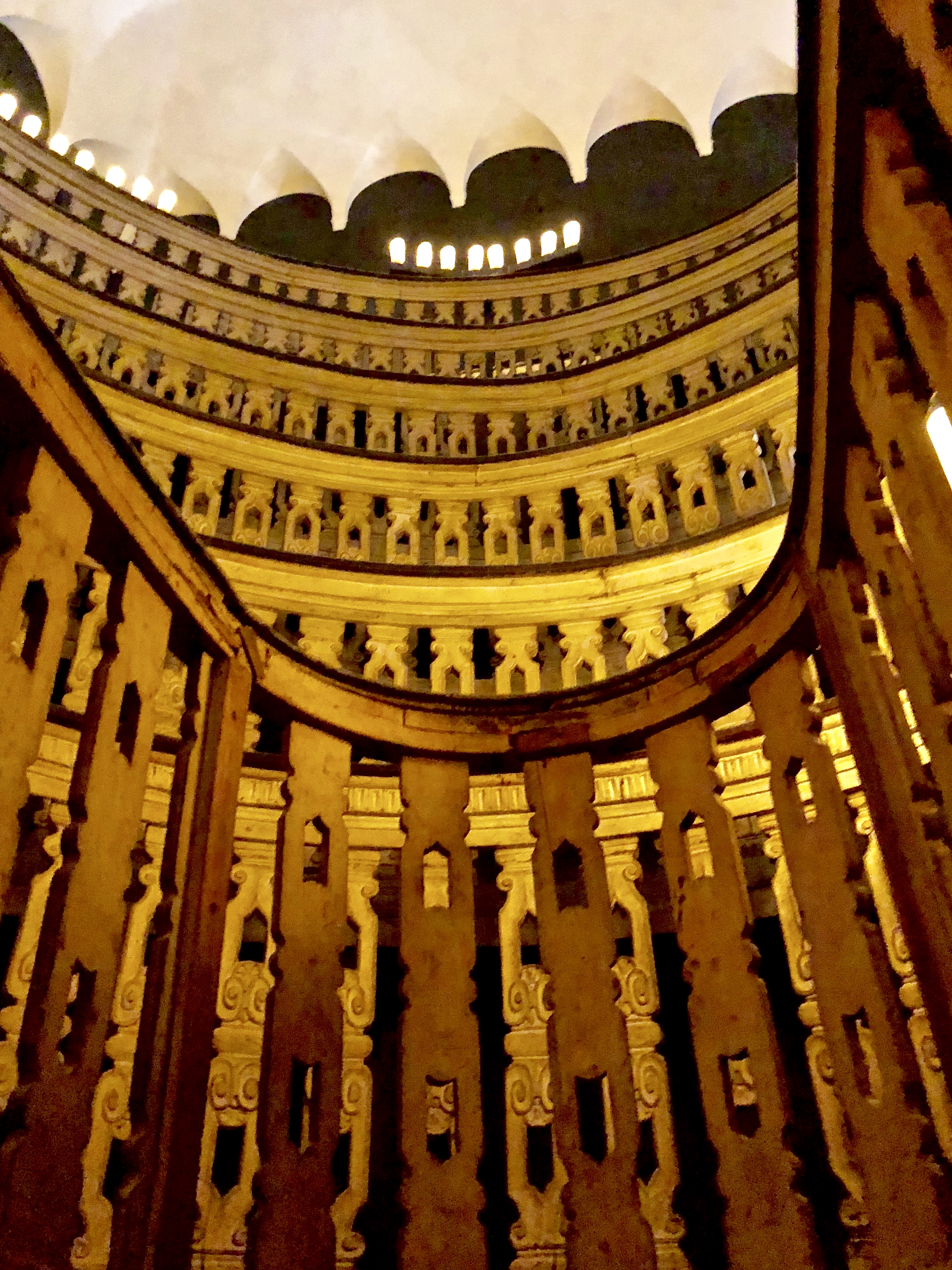 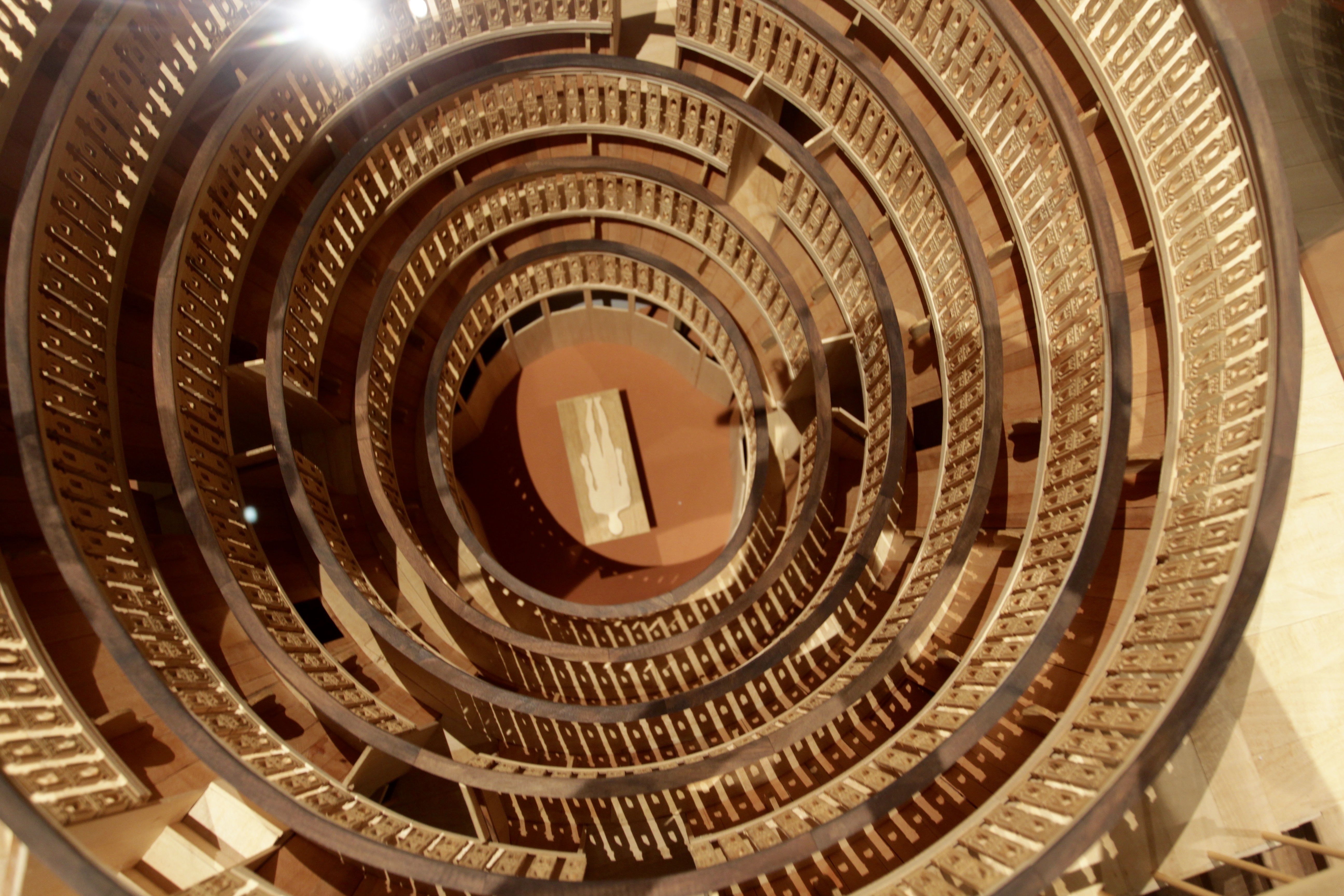 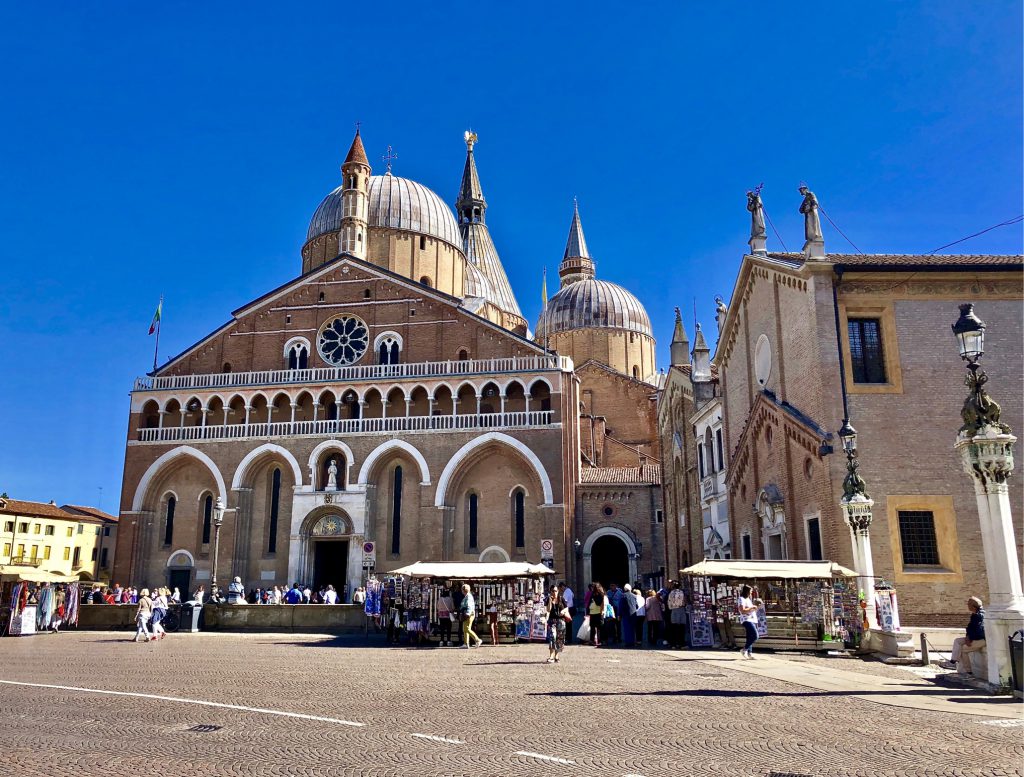 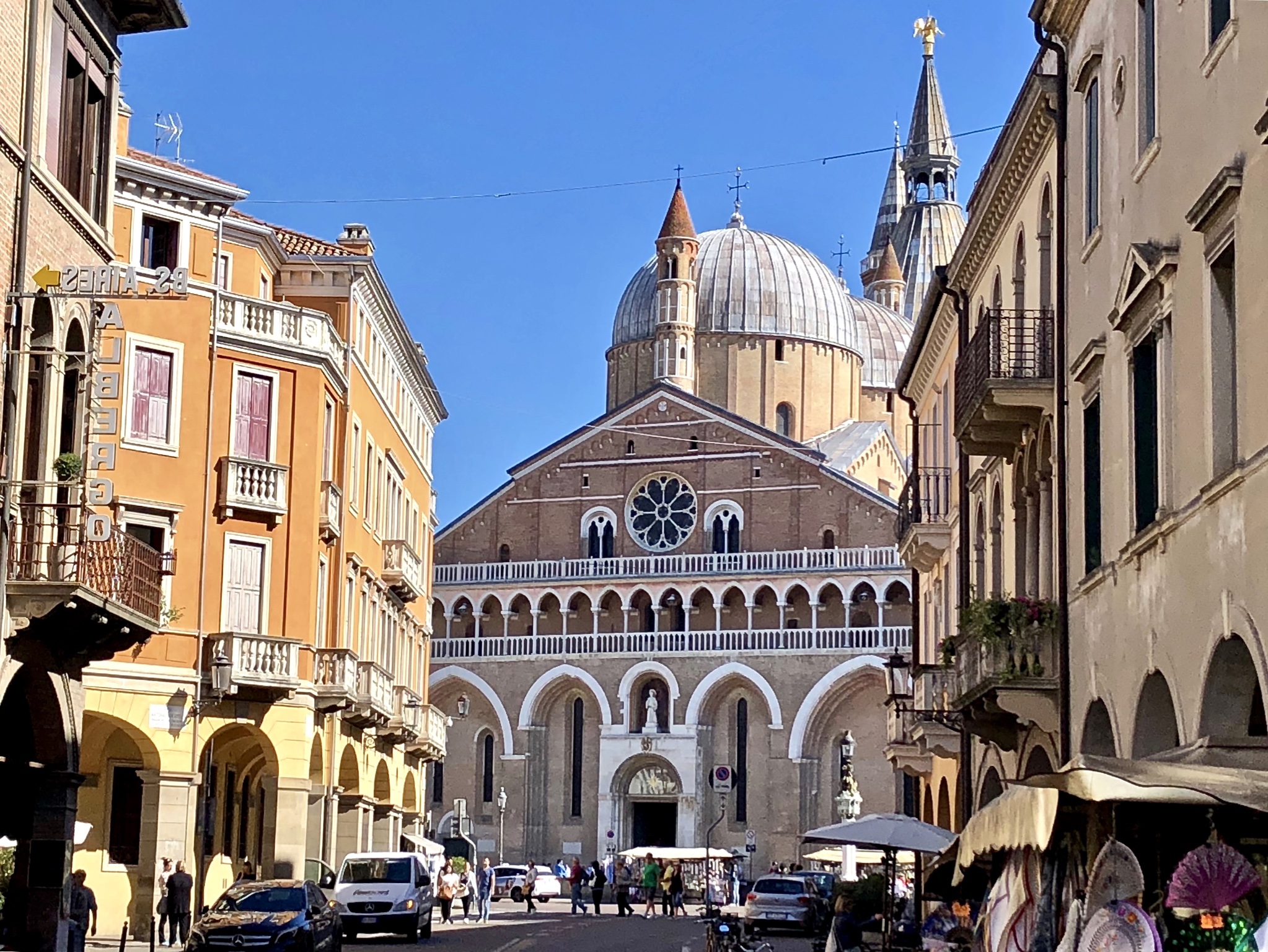 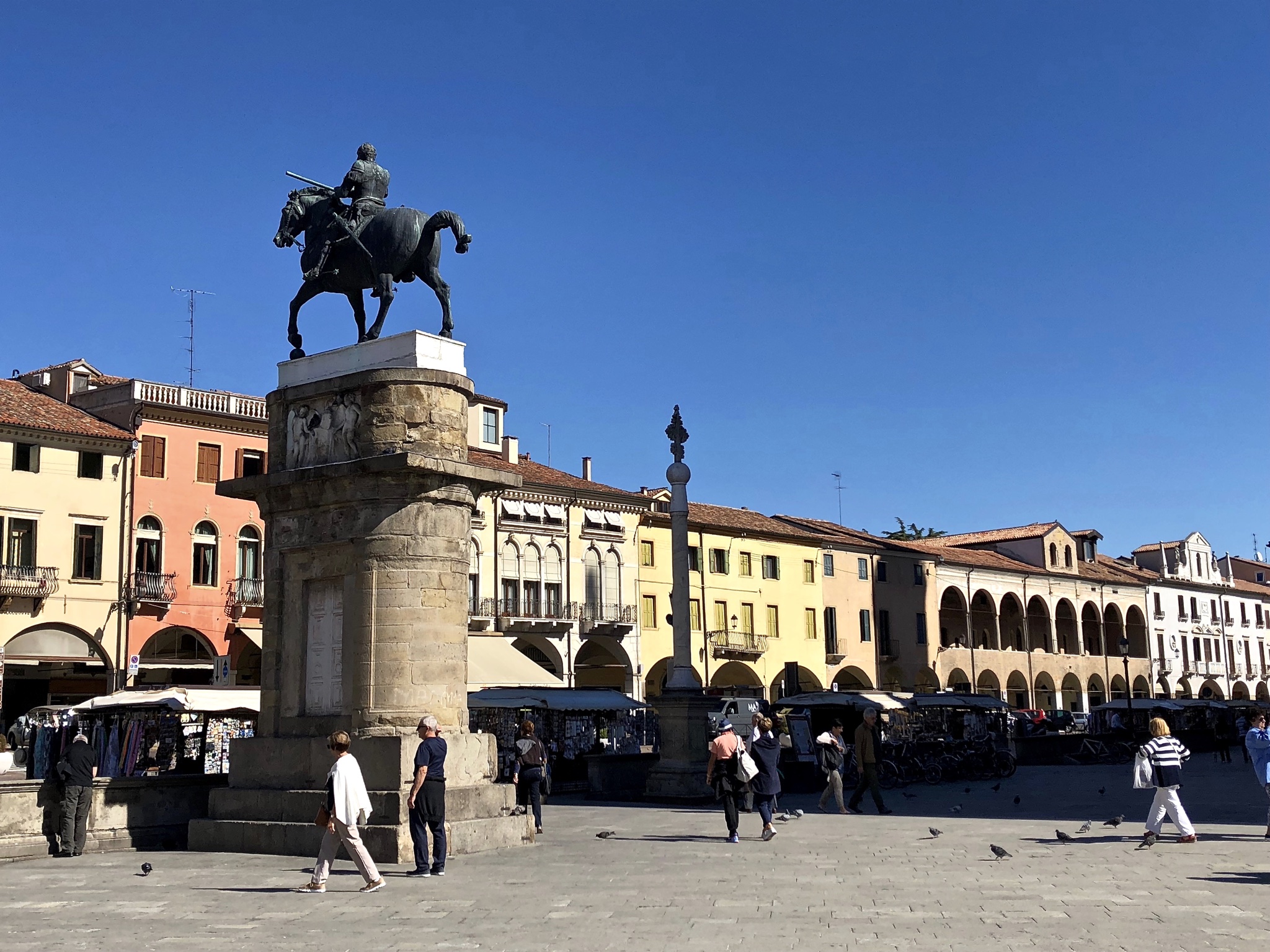 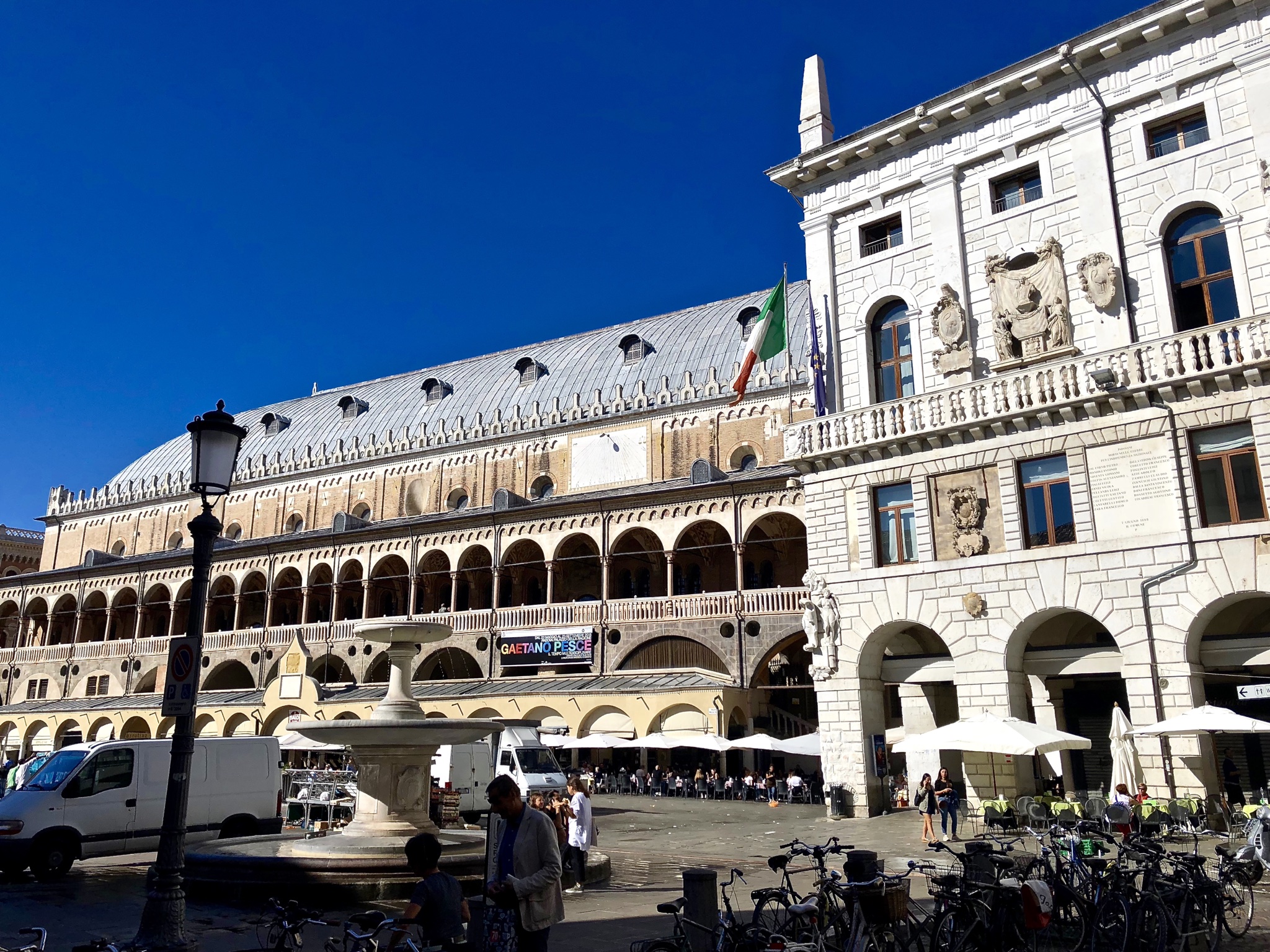 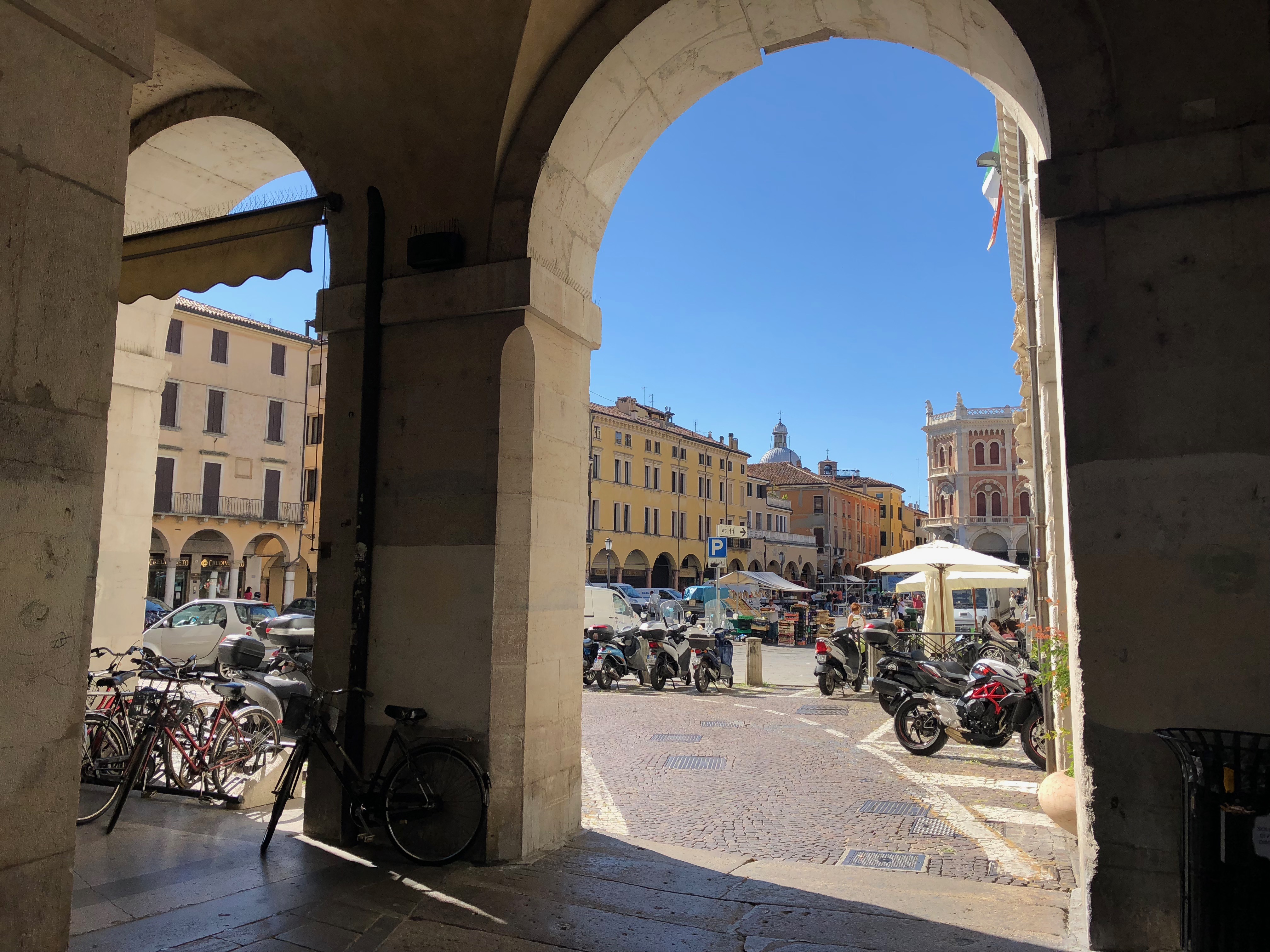 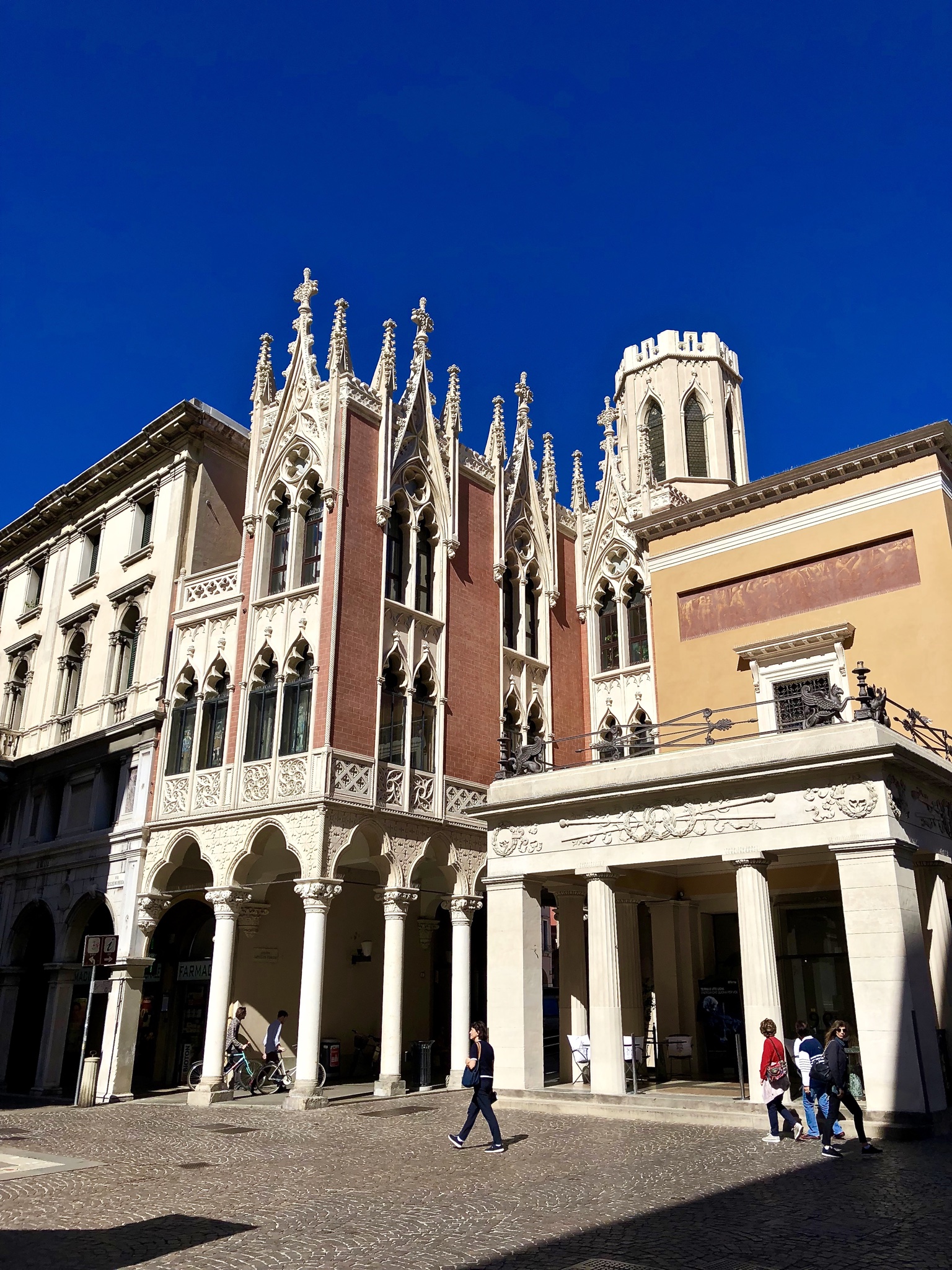 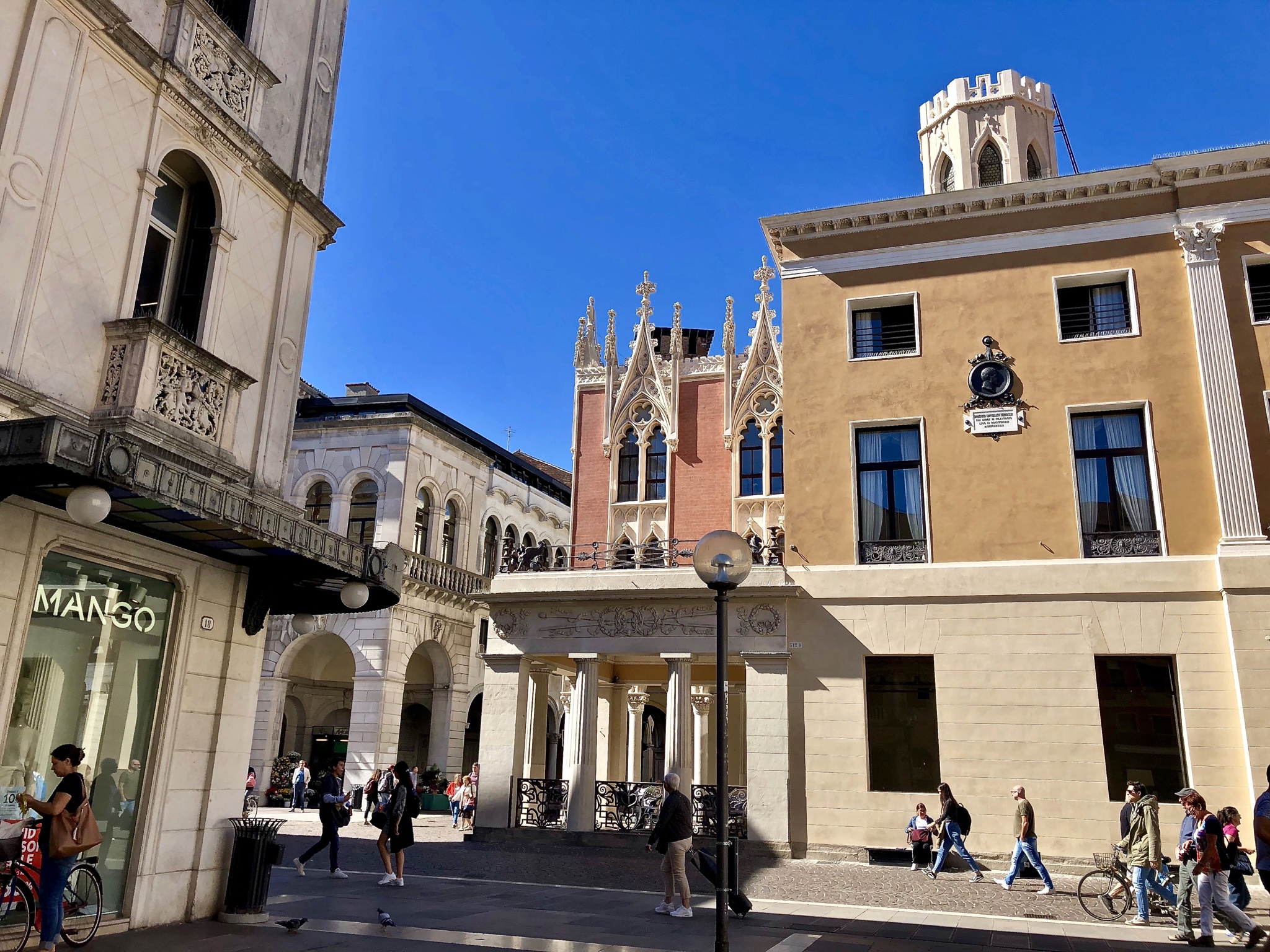 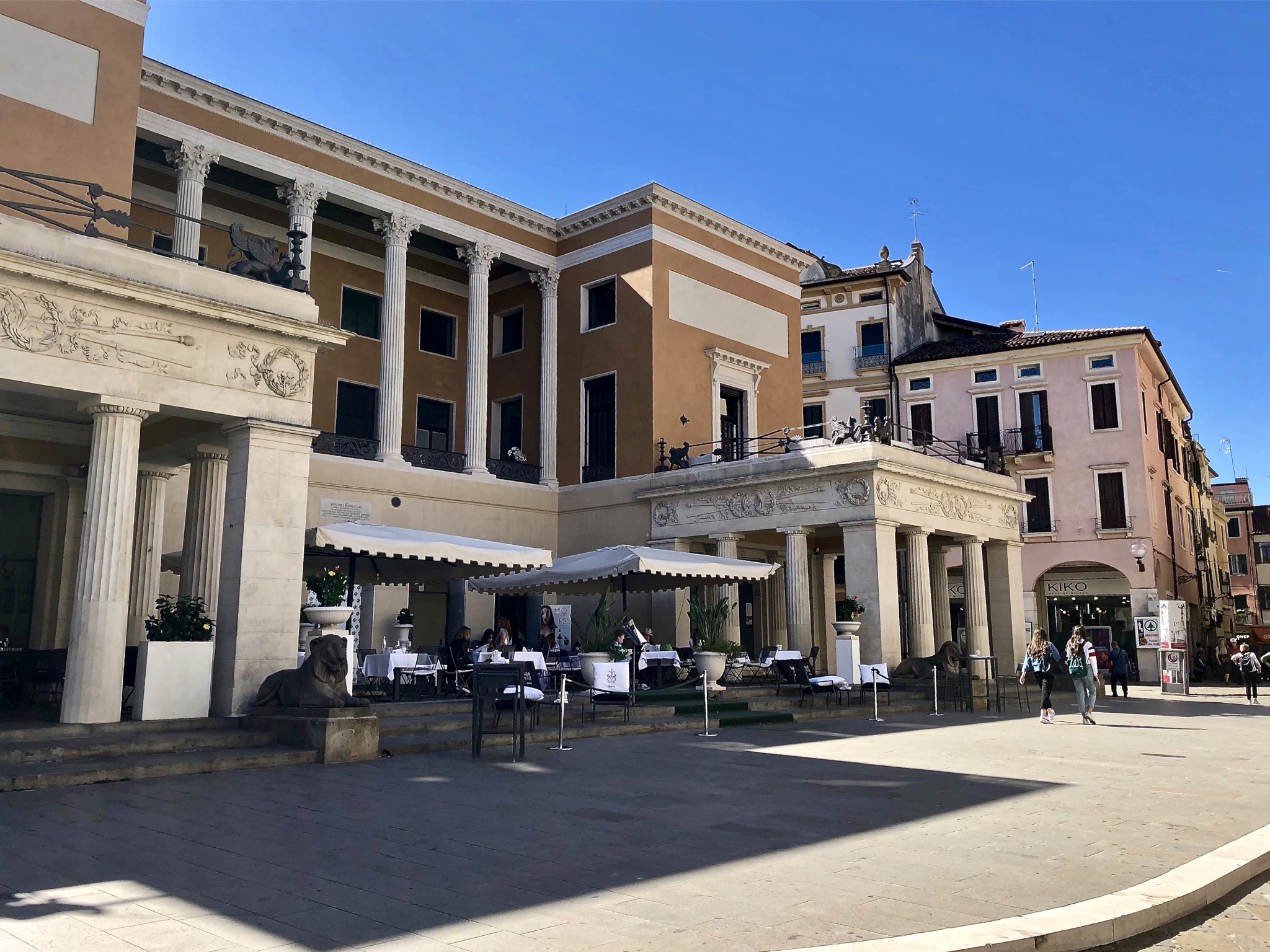 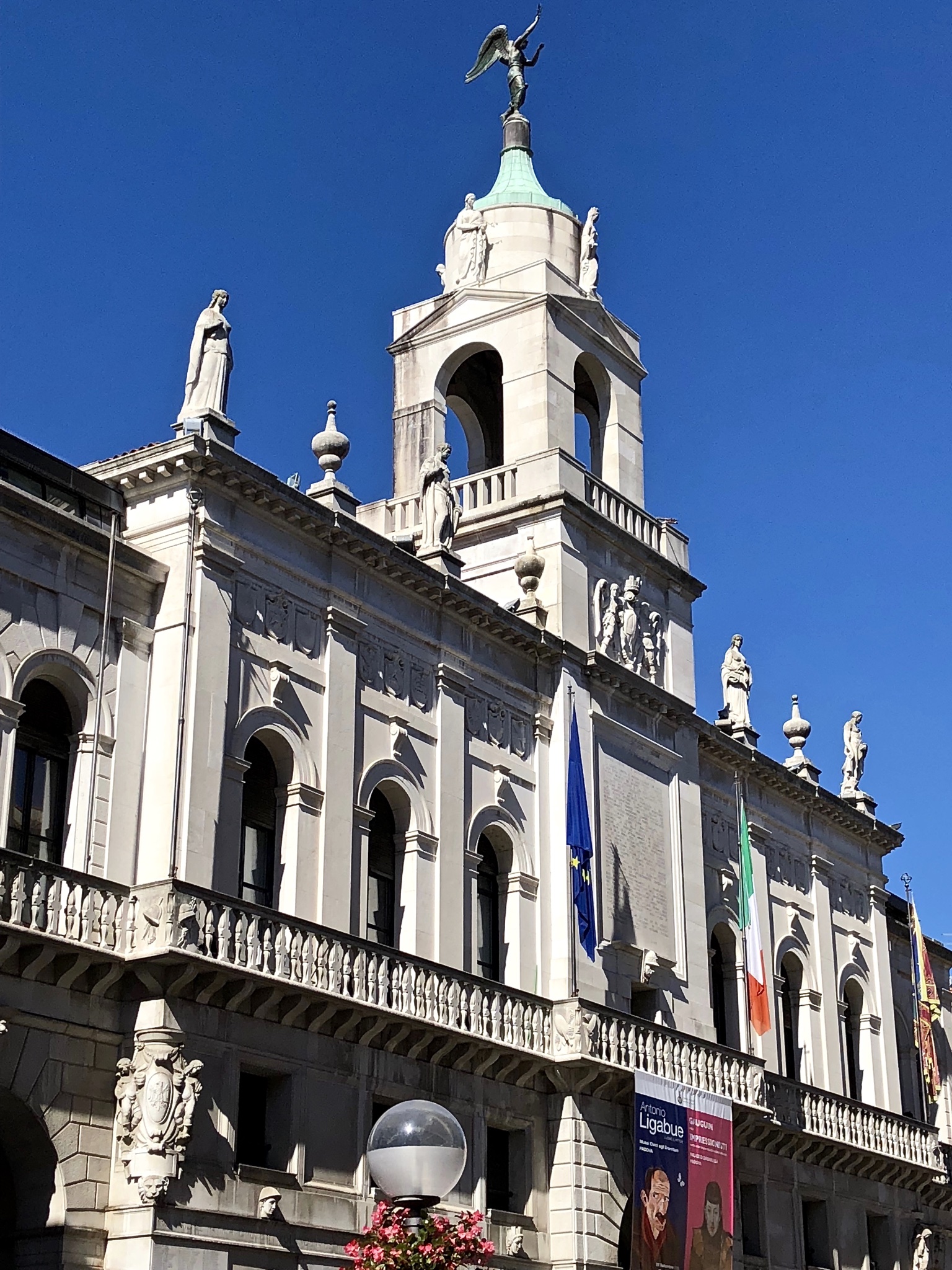 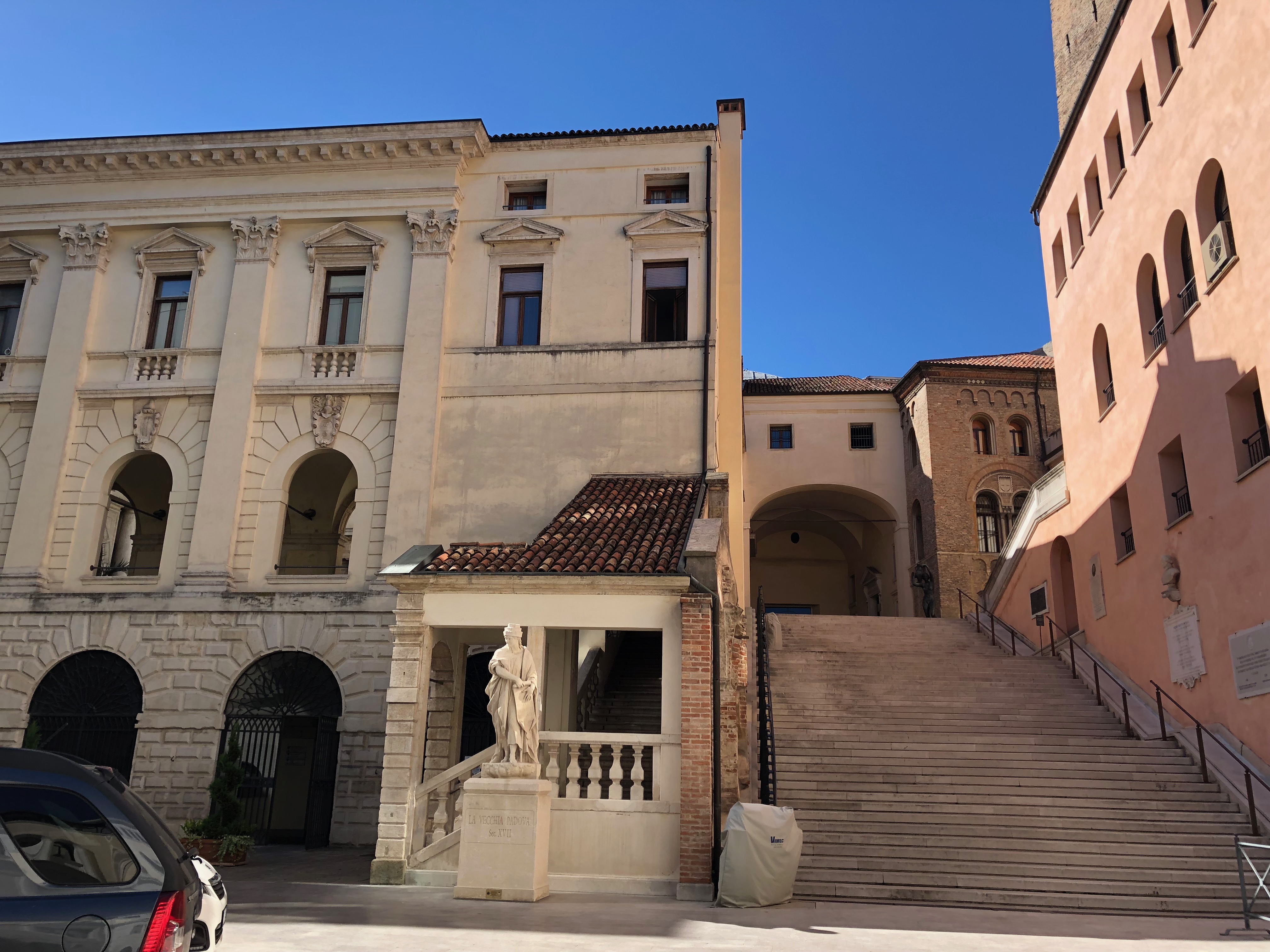 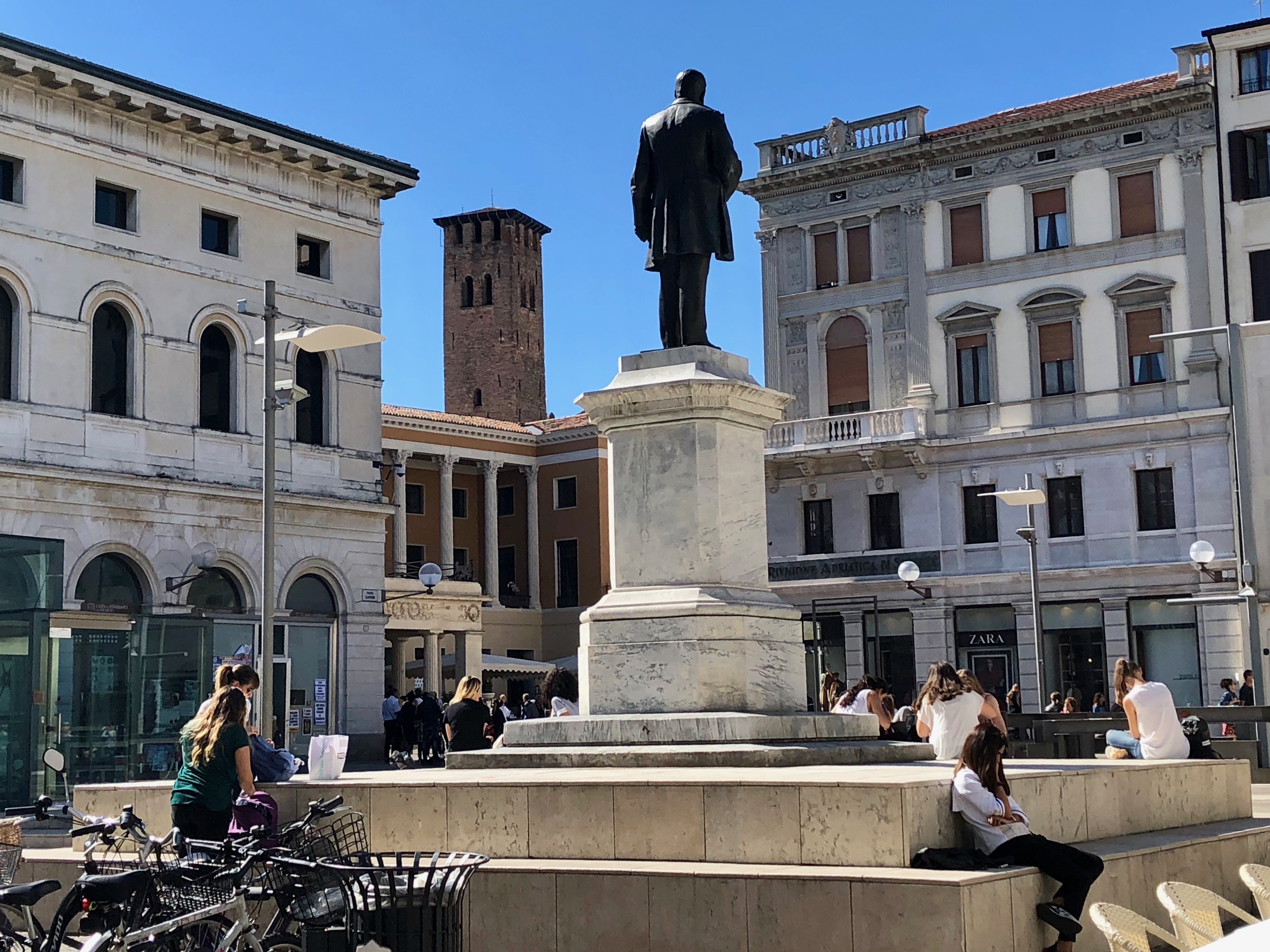 With all the sights around to captivate our attention we quite forgot our lunch until mid afternoon! So we had a lovely late lunch at a restaurant on Piazza Cavour, before heading back to the hotel to collect our suitcases.

It was such a beautiful sunny day it would have been a waste just hanging around the hotel! 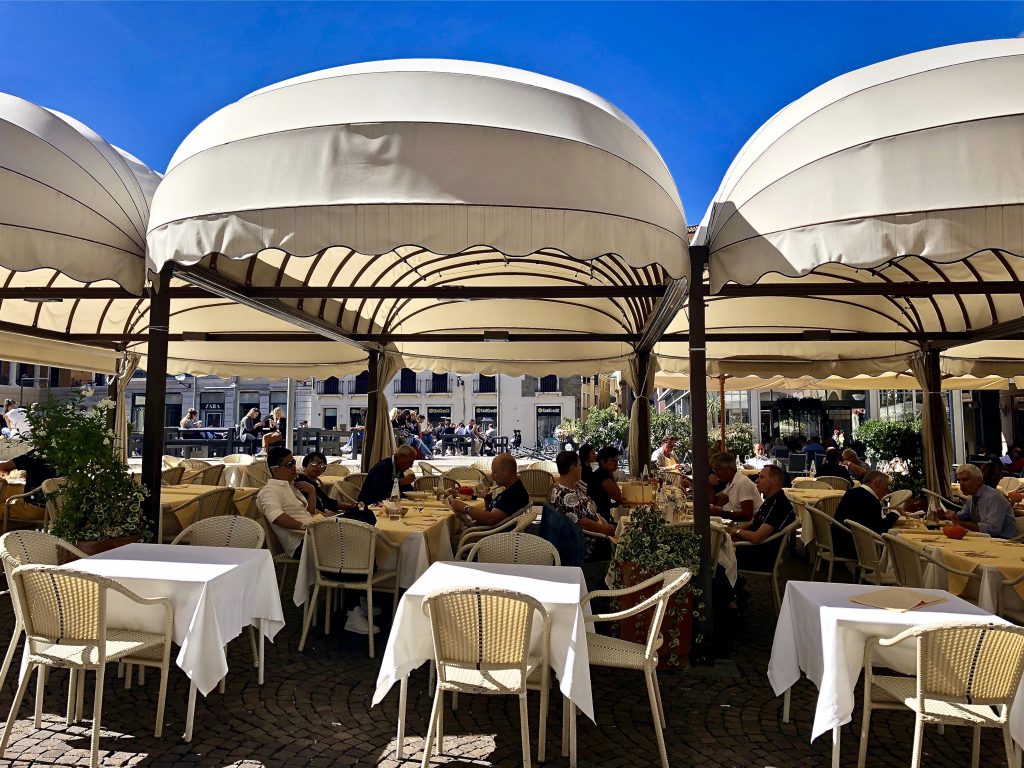 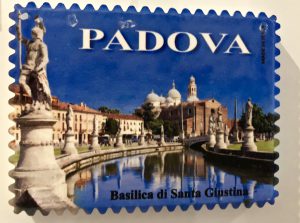 I collect fridge magnets from places I have visited. Hence the domain name. Between 2004 and November 2019 I have collected 177 magnets (157 cities/towns and 20 attractions) from 53 countries, all for pleasure. This site is a photographic reminiscence of my trips which I would like to share with the like-minded.