As a rule, when I and my travel companions visit a new place, we do not drive to  minimise stress and anxiety!! Instead we use public transport or organised tours where appropriate. And the latter was certainly appropriate for Madeira – some of the roads to the tourist spots are steep, narrow and winding!

Having booked the tours in advance I was able to plan the rest of the trip around it. I booked 2 tours which could be cancelled 24 hours before. It could be useful if the weather turned out to be really awful. Having said that I was glad I was not put off by the dire weather forecast to cancel the tours. Especially as there was not a drop of rain in those 2 days! And I would have missed some spectacular views and interesting places as borne out by the photos

East of Madeira tour –  a long day but so worth it

On the way to Pico do Arieiro

Drifting clouds began to obscure the views as our bus climbed the narrow winding road.

At 1400 metres the mountains disappeared in a shroud of mist

At an altitude of 1,818 metres, Pico do Arieiro, the third highest peak on the island is supposed to offer breathtaking views. However by the time we arrived and I climbed up to the top, the only view was the thick fog!! Still it was worth it for the experience.

The iconic straw-roof houses of Madeira are plentiful in this area. Our guide took us to see the interiors of one them where a family still lived.

These houses at Santana town centre are used mainly for tourists’ craft shops. The view behind them was rather pretty under s sunny blue sky

The fort afforded a great view of the village below on one side and the blue ocean on the other.

View of the sea from down at the village

Another day, another tour. This time the destination was Curral das Freiras (Nuns Valley) with some other scenic spots thrown in!

Our first stop was Santo António with a 360 degree view of Funchal.

As there was blue sunny sky the driver took us to the top of the mountain first. What a good idea! What a view!

There were just people from our little group up at the top! But as our bus was leaving, 3 large tour buses arrived! What good timing!

The town was not very big, but pretty and very tranquil when we got there.

Our last stop of the day was the picturesque fishing village of Cãmara de Lobos where Churchill once stayed to do his paintings!

Finally I have to give a special menton to Nuno of Lido Tours who was the driver on both trips. His careful driving up the steep, winding, narrow roads, sometimes in drifting mist instilled confidence. And his timing of the schedules was exquisite – we were always a step ahead of the crowds!

Finally, Madeira has impressed me so favourably that I might return for another trip. After all, there’s still the west side of the island to explore!! 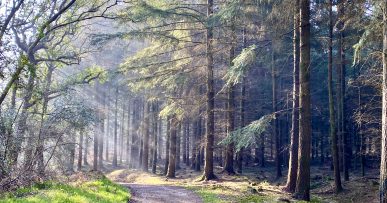 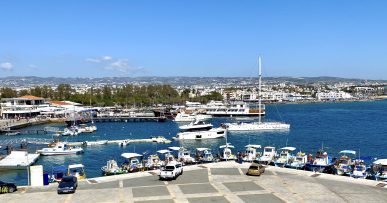