The road from Paphos to Limassol

The road from Paphos to Limassol

The Robert Louis Stevenson quotation “to travel hopefully is a better thing than to arrive” is indeed true of my day trip from Paphos to Limassol.

It is not a detraction from the well organised trip by Ruslan Travel but rather a reflection of the interesting stops en route to Limassol that was quite disappointing.

This was supposed to be the last stop. But I was glad it was the first on the day, to get it out of the way!

Frankly the landscape was quite ordinary. If it’s not for the legend that Aphroditis, the Goddess of Love and Beauty, was born from the waves there, I doubt if it would be so lauded

This turned out to be my favourite part of the day trip. Kourion was an ancient Greek city-kingdom dated back to the 10th century BC

I headed straight to the amphitheatre overlooking Episkopi Bay for an uninterrupted view of both. The restored theatre is now used for open-air musical and theatrical performances during the summer months

While the others moved on to the amphitheatre, I went under cover to admire the excavations, especially the well-preserved mosaics

The stop of 60 minutes also allowed me time to admire the lovely views around the site.

The next stop was Kolossi medieval castle. It was a former crusader stronghold. For an entrance fee of €2.50 I climbed to the top. The view from there was pleasant rather than extraordinary

Finally we arrived at Limassol, the second largest city in Cyprus after Nicosia. We were dropped off close to the market square in the Old Town. I was glad for the break of 3 hours. That allowed for time to have a nice lunch before exploring the areas near the old town

Actually the “old town” close to the medieval castle is neither old nor a town, just a small square and a couple of streets lined with eateries. The medieval castle is rather plain. Its claim to fame lies probably in the tale that it was the venue where Richard the Lionheart married Berengaria of Navarre and crowned her Queen of England in 1191.

I spotted this mosque at the outdoors table of a family restaurant on a side street where we had lunch. They served great homemade food at a reasonable price

The marina is a development full of swanky apartments and some high-end shops, not to speak of luxury yachts and stylish restaurants. It’s located just the other side of the Old Town.

Having seen a little of Limassol I am glad I chose Paphos as my base in Cyprus. Being interested in culture and historic buildings I am perhaps biased. Having said that I am glad to have visited Limassol so that I can form my informed opinion.

And of course I added another fridge magnet to my collection and took many photos! 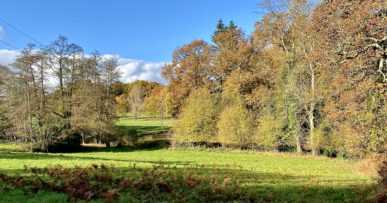