I don’t normally travel abroad in February unless it’s to somewhere hot and sunny. I mean, steely grey skies with menacing dark clouds aren’t exactly made for scenic photos. Besides, it’s normally cold and just one thick jumper would take up half of a small case!!

However my partner and I gladly made an exception to my rule for the chance to visit our friend Galina in Cologne in mid February to watch a show together.

We were exceptionally lucky with the timing of our visit which was in between 2 rather disruptive storms – Ciara and Dennis. Had our outward flight been one day earlier and our return flight one day later, both flights would have been cancelled!! What’s more we had some sunny blue sky!

When I visited Cologne many years ago almost the whole of the cathedral was shrouded in boards and scaffolding. In 2020 there’s still scaffolding, but only in parts. The gothic cathedral stands majestically by Hohenzollernbrücke (The Hohenzollern Bridge) day and night. The interiors are just as magnificent. No wonder it earns the accolade of being a cultural UNESCO World Heritage Site

The ascent to the viewing platform of the tower cost €5. Apparently there are 533 steps to the top, but I didn’t bother to count! The winding stairwell to the the main bell chamber is very narrow, but the metal staircase from there that leads up to the observation platform is wider.

The observation platform is totally enclosed by metal fences and wire grills, which make it rather difficult to take good photos of the views. The best view is definitely that overlooking the Rhine. On that windy day I, like many others who made it to the top, did not linger after taking a few snaps!

Unfortunately this Romanesque Catholic Church was not open on the days (Wednesday and Thursday) we went sightseeing in Cologne. We had to be contented with admiring its imposing exteriors.

Fisch Markt is not far from Groß Sankt Martin which provides the perfect backdrop for the medieval buildings that grace the square.

Further along is Rheingarten with more medieval buildings housing eateries that look out on the Rhine River, separated by a strip of grass and paths for walking & cycling

It’s the sign of our times that bridges are laden with “love locks”, so there’s no escape for Hohenzollern Bridge! It crosses the Rhine and is both a railway and foot bridge. It’s a lovely walk across to the other side where the statue of Kaiser Wilhelm stands proudly. And it’s the perfect spot to capture that iconic view of the Cathedral beside the bridge !

I love German cities with their Old Towns and distinctive City Halls, so both were on my to-see list in Cologne. We were able to wander around the Old Town admiring the colourful period houses under sunny blue sky, though it was rather cold!

We were not so lucky with Kölner Rathaus! Not only did it rain in the morning that we set aside for a visit, but to our great disappointment the Historic City Hall was boarded up for renovations which , according to the workmen, would take another 2 years to complete.

However our disappointment was more than assuaged by the unexpected privilege of having a glimpse into rooms that are not usually open to the public!

We were briefly shown inside Hansasaal (Hanseatic League Hall) and the special meeting rooms by an exceedingly obliging guard – thanks to our friend who told him that we had come from England to see the Rathaus! Hooray for German hospitality!

The Hansasaal is the oldest hall in the Rathaus, decorated with sculptures of historic figures.

Our trip to Cologne was prompted by this advertisement of the show!

The show at Musical Dome presented by Shun Yun Performing Arts was spectacular. The classical Chinese dances in colourful ancient costumes were brilliantly executed and lived up to our expectation!

I don’t normally visit the same city twice, but Cologne may very well be a worthy exception as there are more places to explore! Meanwhile I have my fridge magnet and photos for my collection! 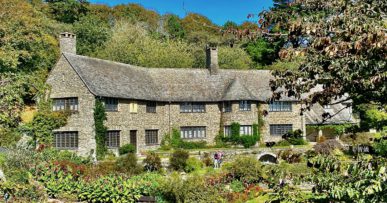 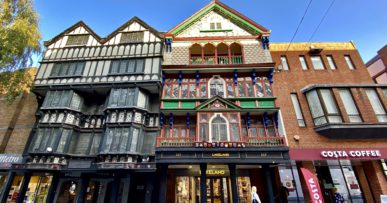